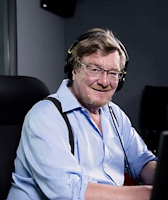 This afternoon's The World This Weekend was classic TWTW.

The programme, under Mark Mardell's strong and stable leadership, has established itself (at least here and at News-watch) for being among the most relentlessly biased programmes about Brexit across the entire BBC, and regular readers might recall this kind of re-cycled introduction to past posts:

I could have easily trotted that out again today. (Oh, I have done!) Yet again a long string of EU figures and pro-EU journalists/experts piled on the angst and agony for the UK over Brexit for most of the programme (about twenty minutes or so) before, in the last five minutes or so, a pro-Brexit interviewee (Kwasi Kwarteng) appeared and got interrupted by Mark Mardell - and, for good measure, got interrupted by another anti-Brexit interviewee too (Baroness Helena Kennedy), with (for good measure) the Baroness and the BBC man teaming up at one point to tell Mr Kwarteng he was wrong. Plus, Mark Mardell's tougher questions went exclusively to Kwasi Kwarteng. The whole thing seemed very far from impartial.

Of course, this wouldn't matter if The World This Weekend did other editions which balanced things out by biasing them the other way, piling on the pro-Brexit positives for about twenty minutes then giving an anti-Brexit interviewee a bit of a hard time for a few minutes. But that never happens. It always happens the same way, and that particular anti-Brexit bias happens often - and I've listened to every edition since the EU referendum was first called.

After last week's half-programme Brexit-bashing interview with Tony Blair, maybe TWTW can devote the whole of next week's edition to an equally easy-going interview with Nigel Farage to try (somehow) to begin redressing the bias. As. If.
Posted by Craig at 15:28