Craig wrote about the upcoming 3-part drama “Three Girls.” (It’s about the grooming scandal in Rochdale)
It stars Maxine Peake, undoubtedly a terrific actress (sorry, “actor”) who first came to our attention playing the comedic role of “Veronica” in Channel four’s early series of Shameless. 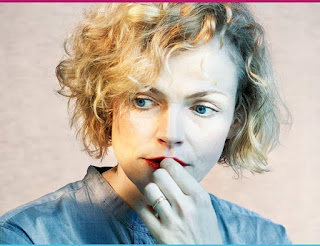 She’s a communist by the way, and a pretty vocal one with it.
She does manage to get herself cast in dramas that have a distinctly ‘lefty’ message, the most cringeworthy of which was “Silk”  (God, that was bad) and she is proud to be known as socialist/ communist and a pro-Palestinian activist 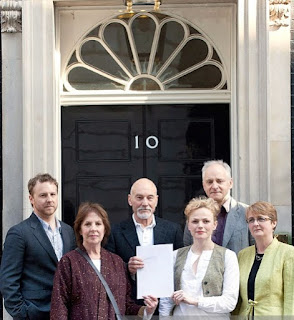 So I look forward to her portrayal of “Sara Rowbotham, the sexual health worker who repeatedly reported her concerns to the police that the girls were being abused – and was repeatedly ignored”  and I couldn’t help wondering how she would cope with a script that would confront, head-on, the religion of the perpetrators; but I don’t think it will be an issue. By the looks of it they’ll avoid dealing with it  altogether.The Guardian explains:

“It does not focus on the abusers, but the abused: three working-class girls betrayed by the council, the police, and the Crown Prosecution Service, as well as the men who stole their lives. The girls were written off by the agencies that should have protected them, because their lives were chaotic and they did not present as ideal victims.”