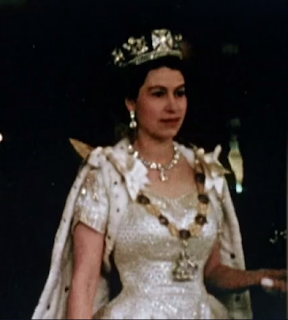 If there's one thing the BBC does well (and the BBC still does many things well) it's covering major royal events - despite the glaring exception of the BBC's 2012 Diamond Jubilee coverage, which was widely considered a fiasco.

I agree, for example, with what seems to be the general sentiment that their coverage of the Harry-Meghan wedding was excellent. None of my royalist friends at work found anything to object to, or even thought of finding anything to object to. I can well imagine that 18 million of HM's UK subjects watched it, someway or other, mostly on the BBC.

Republicans (of the anti-monarchy rather than the elephantine US kind) accuse the BBC of "fawning" and being "sycophantic", and are doing so again tonight as BBC One marks 65 years since Her Majesty's coronation by re-broadcasting an hour-long programme called The Coronation (see here) soon followed by a Countryfile 'Royal Special' from Windsor.

This is an odd one as far as BBC bias matters are concerned. You wouldn't expect left-liberal metropolitan BBC types to be royalist - and the BBC Twitter accounts I follow show that many if not most of them are deeply cynical about the monarchy (just as expected) and enjoy cheerily quipping at the monarchy's expense.

But I also see BBC people - often including the self-same cynics - then exulting in just how good the BBC is at covering such events and sounding as if they're cheerfully getting caught up in the royal event themselves.

So, adopting a hand-wringing pose, should the BBC be biased in favour of the British monarchy when a small but not negligible proportion of the population is in favour of abolishing the monarchy?