Frankie Boyle says the BBC edited out his criticisms of Israel 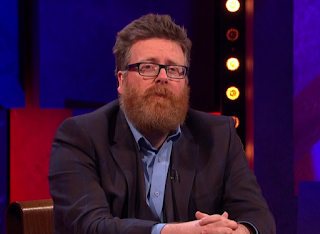 Frankie Boyle was on the receiving end of plenty of Corbynista fury for devoting half of his latest programme to discussing antisemitism in the Labour Party. He's a sell-out apparently, and George Galloway even swore at him on Twitter.

The other half of the programme was given over to the Royal Wedding, and Frankie wasn't exactly polite about the Royal Family.

New World Order on player. We talk about The Labour Party and The Royal Wedding. Had a lot of complaints about not showing sufficient respect to our natural leaders, but the Royalists have been fine.

There were, of course, various jokes in this weeks’s New World Order monologue about the situation in Gaza, and about Israel being an Apartheid state. Edited out for reasons nobody has yet explained to me, despite assurances to the contrary.

Of course, the same people are now accusing the BBC of being a pro-Israel propagandist.

The BBC could have edited his anti-Israel bits out because of reasons of time. Short show, lots of guests.
Posted by Craig at 12:36