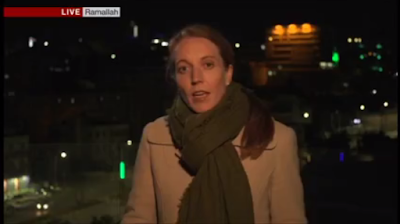 Newsreader: Tonight at ten, dozens of Palestinians are shot dead by Israeli forces, as America opens its new embassy in Jerusalem. At least 52 people have been killed in the bloodiest day of violence for years after the embassy's controversial move. More than 2,000 people have been injured in the clashes. Israel said it was acting in self-defence. The violence flared as the Embassy's opening ceremony took place - attended by President Trump's daughter and son-in-law. Israel's prime minister called it a glorious day.

PM Netanyahu: President Trump, by recognising history, you have made history.

Mustafa Barghouti: Nothing will break us. Not Netanyahu, not Israel, not the United States.

The White House has blamed the Palestinian group, Hamas, for inciting today's protests. We'll have the latest on the unfolding situation.

Newsreader: Good evening. Palestinian officials say that Israeli forces have shot dead more than 50 protesters in Gaza, on the same day that the United States opened its new embassy in Jerusalem. More than 2,000 Palestinians are reported to have been injured. Protests have been taking place along Gaza's border with Israel for six weeks but they intensified dramatically today as Donald Trump made good on his controversial election promise to move the US embassy from Tel Aviv to Jerusalem - a city that both Israelis and Palestinians claim as their own. The move has infuriated Palestinians not least because it comes exactly 70 years after the formation of the state of Israel in 1948. From Jerusalem here's our Middle East Editor Jeremy Bowen.
Jeremy Bowen: Palestinians call these protests the 'Great March of Return'. For many of the young people who rushed the border wire with Israel, it was a one-way journey. Israel used tear gas and bullets. The Prime Minister said the security forces were defending Israel's borders, its sovereignty and citizens. The dead and wounded, he said, were the fault of Hamas, the Islamic resistance movement that runs Gaza. Palestinians say that their rage comes from Israel's brutality and its denial of their right to independence. Protests and killing went on for most of the day. In Jerusalem, police scuffled with Israeli peace campaigners outside the American Embassy. For what is left of Israel's peace movement, this is a dark day. Inside, the US Marines showed their colours, and so has the Trump administration. It's broken with an international consensus that Jerusalem's status is undecided, so embassies should stay in Tel Aviv. President Trump's daughter Ivanka did the honours.

Ivanka Trump: We welcome you officially, and for the first time, to the embassy of the United States, here in Jerusalem, the capital of Israel. Thank you.

Her father appeared on video.

President Trump: Israel is a sovereign nation, with the right like every other sovereign nation, to determine its own capital. Yet for many years we have failed to acknowledge the obvious, the plain reality that Israel's capital is Jerusalem.

Ivanka's husband is a senior adviser to her father. They celebrated with Israel's Prime Minister.

PM Netanyahu: What a glorious day! Remember this moment! This is history. President Trump, by recognising history, you have made history.

Moving the embassy is a triumph for Prime Minister Netanyahu, it's a promise kept for President Trump, and most Israelis are happy. But so far, there is no evidence to back up Mr Netanyahu's claim that it's good for peace. In Ramallah, on the West Bank, Palestinians demonstrated against what the Americans call the 'new realities', and against old ones. For Palestinians, keys are symbols of the dispossession of 750,000 refugees never allowed back after Israel beat the Arabs in the 1948 war.

Mustafa Barghouti: We're marching in the best traditions of Martin Luther King and Gandhi, peacefully, nonviolently, insisting on our right for Jerusalem as our capital and for our right of return. Nothing will break us, not Netanyahu, not Israel, not the United States. 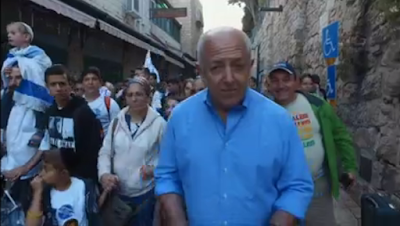 In Jerusalem's old city at the weekend, Israelis distributed flowers to Palestinians, apologising. They were apologising for this: an annual march by nationalistic Israelis through the overwhelmingly Palestinian Muslim quarter. The parade celebrates Israel's capture of East Jerusalem from Jordan in the 1967 war. On the streets, the lead-up to today's events has been tense and angry. Mostly it was noise and insults. Sometimes it boiled over.

There's always tension and hatred in Jerusalem and on days like this it is very stark. That's because Jerusalem is right at the centre of the conflict between Israelis and Palestinians. The future of this city is probably the most politically radioactive issue in the entire Middle East. More people will suffer and die if leaders on both sides cannot calm this crisis. The Americans believe that with Saudi support they can persuade Palestinians to accept less than the state they want, but in Gaza nearly two million people live with little hope, less patience and a belief that they've lost enough. Jeremy Bowen, BBC News, Jerusalem.
Newsreader: In a moment we'll speak to Jeremy Bowen and to our North America editor Jon Sopel in Washington. But first let's go to Yolande Knell in Ramallah. And, Yolande, the mood there tonight?
Yolande Knell: Here in Ramallah the Palestinian leadership has declared three days of mourning and a general strike. Those protests in Gaza were on a huge scale and they produced the bloodiest day there since the 2014 conflict with Israel. Tonight, the Palestinian president at his headquarters here, Mahmoud Abbas, has accused Israel of carrying out massacres. He has repeated that the US can no longer be a mediator in the peace process and has called instead for international mediation. What we are seeing at the moment is plenty of international condemnation of what has happened down at the border and international calls for restraint. Both South Africa and Turkey have recalled their ambassadors to Israel. The Israeli Prime Minister Benjamin Netanyahu though is defending the actions of Israeli forces. But what really remains to be seen is what's going to happen tomorrow when all the funerals take place of those people who were killed. They include several children, one a boy as young as 14. And afterwards you can expect that many of the mourners are going to march back towards those border protest camps.
Newsreader: Jon Sopel in Washington. What has the White House said about today's violence?
Jon Sopel: Well, there's been no calls for restraint from the White House. Instead they've put the blame full square on the Palestinian leadership, on Hamas, for what has happened. "We believe that Hamas is responsible for these tragic deaths, and their cynical exploitation of the situation is what's leading to these deaths" - that was from the White House deputy spokesman a little bit earlier. Now, I went with Donald Trump a year ago to Saudi Arabia and Israel when all the talk was of pulling off the biggest deal of them all, bringing peace to the Middle East. But ever since Donald Trump announced his intention to move the embassy from Tel Aviv to Jerusalem, we hear a lot less about this. An important component though in Donald Trump's decision-making has been domestic public opinion. Yes, the Israeli lobby, but that's not as important as another group. Evangelical Christians have been out in force supporting the President today. They were an important part of his base. 80% of them voted for Donald Trump, 16% voted for Hillary Clinton in the 2016 general election. That explains a lot of what President Trump has done with the inflammatory consequences there have been. 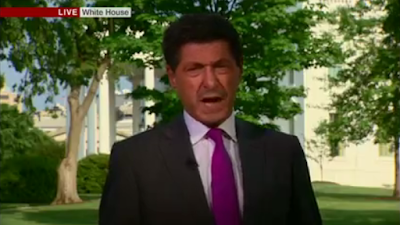 Newsreader: And Jeremy in Jerusalem, the worst violence for years seen today. The fear must be, what happens tomorrow?
Jeremy Bowen: Well, there is a real risk it could get worse. I mean, that is the thing. That is the kind of thing that can happen here. You know, those scenes of today, those scenes in Gaza, in the West Bank, and the ones at the new American Embassy, they show the absolute divergence between those two different views of the conflict, what causes it, where it should go, and perhaps as well the ways to solve it. The fact is, that while there are always... The fact is there are two groups here in this land. Two peoples who want the same piece of land. And until they find a way to split it up fairly, between them, in a way that helps both sides, makes both sides makes some compromises, until they get to that point, then they will continue to condemn their children to the kinds of things that they've suffered. I'm talking about Israelis and Palestinians, and the kind of things that their parents and grandparents suffered as well. This is a very old conflict. And there is perhaps a potential settlement to it, but people cannot grasp it.
Newsreader: Jeremy Bowen, Jon Sopel and Yolande Knell, thank you all.
Posted by Craig at 20:38