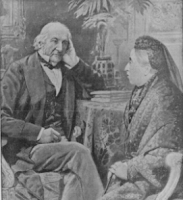 Worthiness is a fine quality but too much worthiness can become wearying - especially for others.

I find that listening to too much Radio 4 can result in high levels of worthiness fatigue. Like Queen Victoria about Mr. Gladstone, I sometimes feel as if they speak to me as if I was a public meeting.

Their worthy intent is so obvious, clunking even, as to be increasing off-putting - and off-switching.

I know I'm not alone in that. Quentin Letts of OMG The Daily Mail famously fled Radio 4 to Radio 3 a few months back. And Daisy Waugh (yes, a member of the Waugh family - Evelyn, Auberon & Co.), has written a piece for the i in which she moans about "dismal" Today and how it contributes to depressing the nation:


Waking up to the Today programme is like being woken each morning to a long ticking-off from an eternally disapproving Scottish grandmother. It’s to have a slow feed of misery dripped into your unconscious brain whose overriding message always, every morning, is this: whatever it is the human race has been doing, the human race has been doing it wrong. And it is our responsibility, as decent citizens, to listen, and feel bad and worry.

That said, she's feeling a bit better at the moment:


Some fantastic news then, for the mental health of our nation. Figures reveal that the Today programme has lost 65,000 listeners this quarter. I have a feeling it was the po-faced #metoo coverage that tipped it. Or at any rate that’s when a lot my friends (male, female and neutered) realised they couldn’t tolerate the sanctimonious tub-thumping and faux arguments any longer, and finally tuned out. It’s also when I switched off, and broke the habit of an adult lifetime.

Poor Today. I don't think it's anywhere near the worst at Radio 4 these days, especially since Sarah Sands took over and made it much frothier...

...and that might be a sign of something because it's not just Quentin, Daisy & (for other reasons) me making for the exit from Today, it's also 'the other lot'. Tim Walker, pro-EU journalist, said today (to the applause of the #FBPE crowd):


Long chat with old BBC friend who tells me  BBC Radio 4's Today - with listeners bailing out in their tens of thousands - is now seen as a ‘problem.’

And former BBC regular and left-wing economist Will Hutton has jumped ship too (and, in the process, also jumped a passing shark):


Radio 4’s Today audience is switching to Radio 3. Perhaps British public is not as right wing as its presenters and new editor casually assume as they take their cue from Daily Mail. Time for the team to think for itself? As it used to?

Complaints from Both Sides probably won't be must consolation for the BBC here.

Whither Today? Whither BBC Radio 4?
Posted by Craig at 17:45