Oh dear. The Daily Politics featured the Ken Livingstone inquiry. Is Ken bringing the Labour Party into disrepute? Do Bulgarian flower-pickers shit in the woods?
Will Ken be reinstated?

Jo Coburn had a go at Jonathan Rosenhead (vice-chair of “Free Speech on Israel” which I assume is an Israel-bashing group of self-hating Jews and other antis) She reminded us that Ken went into this whole business (digging himself deeper each time he appears in public) whilst defending Naz Shah whose antisemitic Tweet she had already, rather remorsefully, apologised for. Ros Altmann also reminded us of that.

If Hitler did co-operate  (the Haavara agreement) with the Zionists in his early pre-extermination-camp period, it merely represented the first stage in ridding Germany of the 'Jewish pest'.

We can dance with semantics on the Rosenhead of a pin till the cows come home, but it’s still antisemitism, but the labour Party is in disrepute either way. They may as well reinstate him. It can’t make the Labour Party much more obnoxious than it already is..

Andrew Neil made a funny joke at the end. 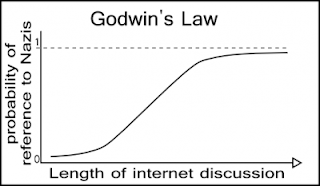