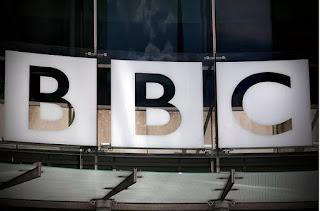 This is one of those pieces that makes me wonder if we're redundant. Maybe it's time to hang up our keyboard; some of Rod's observations could have been lifted from these very pages.

“(The DG Sir Tony Hall) would also be sanguine, hunkered down behind that familiar defence of: ‘If all sides think we’re biased then we must be getting it right’ — a self-justifying falsehood if ever there was one.


“Hall will probably dispatch some overpaid, half-witted, oleaginous middle-managing BBC gimp to placate the complainants while assuring them that they are wrong in every respect and that, within the BBC, everything is for the best in this best of all possible worlds. As it always is”.


But a senior BBC apparatchik said to me: ‘What you have to understand, Rod, is that these people (Eurosceptics and Brexiteers) are all mad.’ That was the BBC’s controller of editorial policy, since you asked.


“The BBC is deeply, institutionally biased towards a soft-liberal, naïve, middle-class view of the world, especially with regard to immigration, Europe, Islam, homosexuality (yes, they manage to square that tricky little circle in their own minds) and all race issues.”

Rod doesn’t seem very concerned about the BBC’s anti-Israel bias. He might need some tips from Matti Friedman if he wishes to cover the breadth of it.
Posted by sue at 17:51