The BBC and its use of vox pops 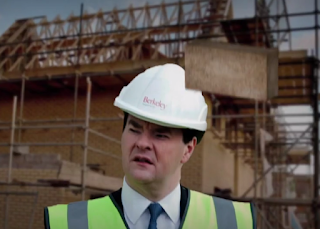 When you went from Amol Rajan's Twitter feed and his BBC One News at Six report to Newsnight's coverage of the George Osborne's appointment you stepped into another world entirely.

If Amol's tweets partly read like a Lebedev press release and his News at Six report come across as a more balanced but slightly Osborne-tilted piece of journalism, then Newsnight took the opposite approach.

They went instead for the full-on anti-Osborne hatchet job treatment, complete with a sneering introduction from James O'Brien, wacky visual images of Mr Osborne being repeatedly hit on his hard-hatted head by brickbats in the following criticism-heavy report, and then a long list of overwhelmingly one-sided questions from James O'Brien (critical about/sneering about George Osborne) to his two guests (Simon Jenkins and Rachel Johnson). You would think from that, to paraphrase Jonathan Haynes of the Guardian, that it's like JO'B is a left-wing London radio shock-jock rather than a BBC current affairs presenter.

AMOL RAJAN, BBC News at Six: In his Tatton constituency in Cheshire today, this is how some voters reacted:


VOX POP 1: Obviously thrilled for George, remaining in the public spotlight. I guess one just hopes he will continue his constituency duties.
VOX POP 2: To me, he should either be that one or that one. Make one of them your job.
VOX POP 3: I don't have a problem with George Osborne doing that. I thought he was an amazing Chancellor.

Now compare that to:


DAVID GROSSMAN, Newsnight:  In his constituency, 130 miles away in Cheshire and definitely not in London, the news of the MP's new job was greeted by some with incredulity.

I don't think anything can be clearer, could it? The first selection of vox pops offered three voices, two supportive of George Osborne, one somewhat more critical, while the selection of vox pops from Newsnight was just one bloke criticising George Osborne, adding to the overall hatchet-job effect. (You can also 'hear' the difference in tone there in the framing remarks from the BBC journalists).

If nothing else that's surely the ultimate proof that the BBC's use of vox pops is not to be trusted.
Posted by Craig at 08:50