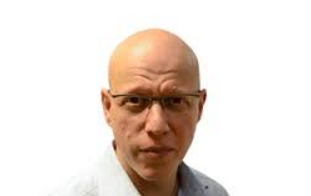 This week's Feedback tackled the topic of Jonny Dymond's "satirical" pieces about Donald Trump's 100 Days on The World at One - including the notorious bit about Sweden, quoted above.

Many of the complaints aired echoed views aired hereabouts - that the piece was "very opinionated, emotional and ultimately uninformative", that it "seemed to cross the line from objective analysis into something more like derision or invective", and that it was" an error of judgement by the BBC" to include this type of content in a news programme.

Two listeners then discussed the matter (both making their cases well). The more critical of the listeners described Jonny Dymond's pieces as "sneering" and more the kind of thing that Jeremy Hardy might do on The News Quiz than what you'd expect from WATO, adding:

The issue I have is that that sort of satire, it allows Jonny Dymond to present things maybe designed to come across fact. So when Jonny Dymond said about Sweden...I mean, obviously Trump got his facts completely wrong, but Jonny Dymond is mocking him for getting his facts wrong but then he goes on to claim that nothing ever happens in Sweden. He's presenting that as a fact, which isn't actually a fact.

Now, all credit to Feedback for discussing this in some detail, but  just read the response given to them by the makers of The World at One:

Jonny Dymond's weekly reports for The World at One on the latest news from the White House are just part of our extensive coverage of the Trump presidency. We use a range of different reporting styles to engage with our audiences, providing impartial and accurate information. And it is no different for Jonny's reports.

None of which answers the point that Jonny's reports were neither impartial nor accurate.
Posted by Craig at 17:57

Labels: 'Feedback', 'The World At One', Jonny Dymond