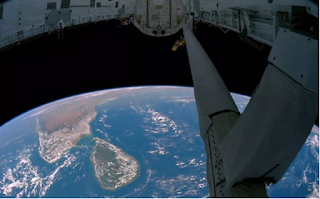 The BBC, as was to be expected, swiftly moved its focus onto the 'fears of a backlash against Muslims' angle this week in the wake of Easter Sunday's terror attacks targeting Christians and foreigners. Given the volatility of Sri Lankan society, of course, that's a far from unreasonable fear. Still, the corporation's account of 'What led to [the] carnage?' presents a markedly different one to that given by the Associated Press.

According to the BBC's Anbarasan Ethirajan, the attacks need to be seen in the context of Muslim suffering in Sri Lanka, first at the hands of the Tamil Tigers, then at the hands of Buddhist mobs and neglectful Sri Lankan governments. Such grievances, especially a mob attack last year, may have turned some Sri Lanka Muslims towards National Towheed Jamaat (the Muslim terrorist group accused of the killings).

According to AP's Foster Klug, however, there are deeper, longer-term problems within the Muslim community there. National Towheed Jamaat had been causing concern in the country since at least 2014 by "making mosque attendance compulsory, forcing a strict implementation of Islamic law and making women cover their faces and wear long robes" and its leader had also "been known for several years because of his incendiary online speeches lashing out against all non-Muslims and calling for their elimination":

The Easter explosions may have seemed sudden, but experts point to a long period of gradual radicalization among some Sri Lankan Muslims.

Muslims in the country were once a “model community” that supported the government in the fight against the Tamil Tiger rebels in the civil war that ended in 2009, terrorism expert Rohan Gunaratna said. It was only after the 2001 attacks in the United States and the subsequent U.S. invasion of Iraq, he said, that radical preachers began coming to Sri Lanka, often from Saudi Arabia and Pakistan, and extremists began more regularly posting online hate.

“This type of Islam started to replace the local and traditional type, which is a very beautiful form of Islam because it accommodated other religions. There had been space for other religious groups to operate, but the type that came from the Middle East was very hard line, more political, more anti-Western,” he said.

Now, he said, “The floodgates have been opened.”