The Sunday Times headline tonight is: 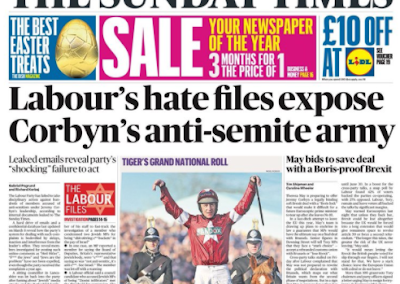 It will be interesting to see how the BBC covers this.

P.S. A Twitter thread of this from Sunday Times reporter Gabriel Pogrund sums it up:

Plenty for the BBC to sink its collective teeth into there.
Posted by Craig at 22:13