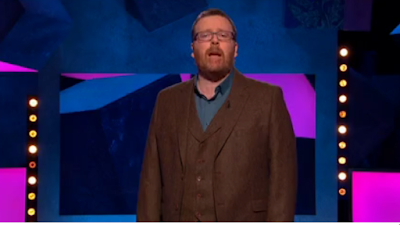 For those who missed Frankie Boyle's New World Order this week (all of you?), here's a sample of his jokes. Enjoy! (Or not):