Now, I think it's fair to say that the comments in reply to this tweet from the BBC... 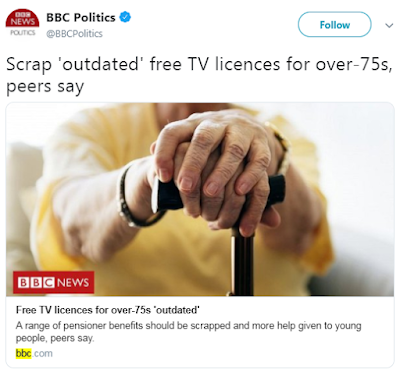 ...could be going a lot better.

Many are variations on a single theme: "The licence should be scrapped full stop!"

I suspected that the BBC News website would give the opposing side of the argument short shrift, and so it proved. Just four paragraphs quote critics of the peers' proposals. In contrast the Daily Telegraph quotes amply from both sides.
Posted by Craig at 14:01