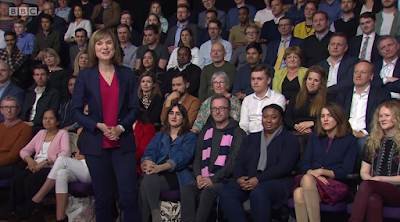 Further to an earlier post, the BBC tweeted the following in response to Charles Moore:

Comments most certainly could be going better for the BBC. Among them is this little list from David Sedgwick of BBC: Brainwashing Britain? fame:

Can you provide a single example of a Question Time programme in the last three years where there has been a majority of Leave supporters on the panel? No, you can't. Don't insult the intelligence of your audience with absurd tweets like this.

She said, "Last week we had three people who take the Leave position and two people who took the Remain position".