To wendle or not to wendle? 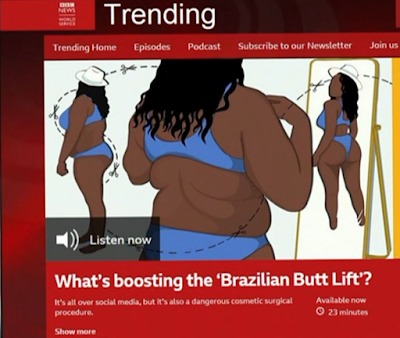 The BBC editor in the not-so-hot seat on this week's Newswatch was blog favourite Mike Wendling of BBC Trending.

I thought it worth transcribing the whole segment as I found it interesting. The subject under discussion was: Is the BBC News website (including BBC Trending) dumbing down?

One thing I noted, in passing, was Samira Ahmed seeming to signal her view of one critic's complaint by introducing him as "fulminating". At least she didn't say "frothing at the mouth".

As for Mike Wendling, well, I think he put up a pretty good defence of himself and of the need for light as well as shade in the BBC's news output. I was even won over by his stout defence of the "My boyfriend dumped me but how do I tell my cat?" story.

I also spotted that the BBC journalist who wrote the cat story, Dhruti Shah, thanked her boss on Twitter for sticking up for her. I do admire a boss who sticks up for his underlings, however much I'd like BBC editors to go off message:

Thanks Mike Wendling for defending my journalism. I still remain proud of my BBC Trending cats piece. It was always about taking a different look at relationships and it succeeded.

In an unrelated point, however, the BBC's Dhruti isn't a happy bunny today. Here's another of her tweets:

All this talk of diversity - people want you because they want you to tick their boxes and make them look good; but what they don't want is what your "diversity" represents - difference. When your difference starts spilling out the box... you are squashed. It's an awful feeling.

Wonder what brought that on?

Going back to Newswatch...

Naturally, I'd have preferred the focus on Newswatch to be on matters of bias - Is the BBC News website too 'woke'? Does it push various agendas? Does it pursue the youth audience too much? Is BBC Trending far too like an offshoot of The Guardian? Does it pander to certain obsessions, like the far-right and Russian interference in UK/US elections? What does it miss?

Anyhow, here's the transcript, prefaced by a screengrab of a particularly fine 'look to camera' from Mike Wendling.... 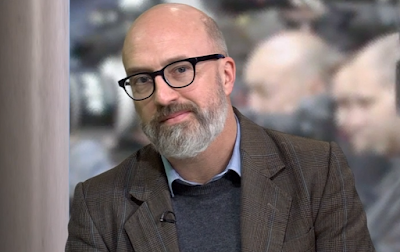 Samira Ahmed: Now, last week, an article appeared on the home page of the BBC website which sparked something of a debate about the value of the Corporation's online output. "My boyfriend dumped me but how do I tell my cat?", read the headline, and the story that followed prompted fresh allegations that BBC News online was dumbing down. Neville Mind wondered:

"Anyone else bored by the lazy journalism? BBC describing what someone said on Twitter about their cat is not news".

"More rubbish from the national disgrace that is the BBC. Australia on fire, Iran poised for more action, Syria in uproar and they publish rubbish about a woman wondering how to tell a cat that her boyfriend has left her. It's hard to believe the UK public pay a licence for this dross!"

And Bryn Harris widened out that criticism:

"The sheer triviality of the BBC News website these days: 'My boyfriend dumped me but how to tell my cat?' 'Beauty YouTuber reveals she's transgender', 'Girl's lemonade stand for bushfire relief a hit'. What the hell is going on?"

Well, the feature about the boyfriend and the cat came from BBC Trending, a strand devoted, as it says, to in-depth reporting on the world of social media. Their stories appear across a number of BBC social media outlets. On Facebook and Twitter, as you would expect, but also via podcasts, on World Service radio and on television. Recent examples of the work range from women equate being trafficked online to the rise of the Brazilian butt lift. With me to explain more is Mike Wendling, the editor of BBC Trending. Thank you for coming on Newswatch. The story did strike a bit of a nerve, I think it's fair to say, is 'How to tell my cat my boyfriend dumped me?' really what qualifies as a new story for BBC News?
Mike Wendling: Yes. Let me explain it like this. News, all news, our website, newspapers, any news outlet, usually has light and shade, right? Feature stories that might be a little bit ighter and stories that might be a little bit heavier. The bit that I'm responsible for, the very small part of the BBC News website, BBC Trending, has also recently reported on Russian interference in the UK election. We had a viewer, a reader who mentioned Australian bushfires, well, we published a story that was very popular about misinformation online about the Australian bushfires, about a discussion on social media in Iran about the downing of the Ukrainian airliner. So, you know, there is a whole range of material. Now, I want to actually address what's actually in the story, because I feel like a lot of the reaction came, not necessarily about the story itself, but about the headline. You can say, oh, it's a silly thing about a post about a woman and her relationship with her cat. But if you frame it in a different way, if you say that it's actually about grief, relationships, break-up, and mental health, which essentially is what the story was about, and it got into these issues and we spoke to experts about those issues, than it looks a little bit less like fluff or light or clickbait.
Samira Ahmed: OK. And suppose people might say, yes, BBC Trending overwhelmingly covers quite seriously stories, but isn't it important that anything should tell you about wider social issues and global concerns. You ate saying it does, just the headline was misleading, because there are stories which people feel don't have that defence.
Mike Wendling: Well, that may be the case, but I don't think that this story qualifies, to be completely honest with you. I think that it was a perfectly legitimate thing to take a look at this issue. It started a wider conversation on social media, and we look at those. Now, all of the conversations that we look at on social media are going to be about say, Russian misinformation in the UK election, this is simply a different topic and a simply different way of looking at social media.
Samira Ahmed: It's interesting you say 'starting a conversation'. People are saying 'is that BBC News's job to be starting a conversation which might seem trivial, and which other outlets can do, that BBC News should be focused on clear news'.
Mike Wendling: So, what we do, what we aim to do with every piece, right, is to take a look at what people are interested in, which is actually one of the fundamental definitions of news, things that people are interested in, and crucially, not just sort of repeat, you know, it's not like we just sort of put up that woman's post, We add value. We look at the issues behind it. We talk to the people who originally may have produced the post. Sometimes, we go to the sources of disinformation or misinformation online. That's where we add value. That's our purpose.
Samira Ahmed: Is the real controversy underneath all this that there is a generational divide among BBC consumers about what counts as news?
Mike Wendling: Well, I have no idea how old the people who are writing in are. But I suspect that, and the numbers bear this out, that a lot of the people who are reading this particular story were younger. It was younger in general than the people who read BBC Online. So, that could be a part of it. Look, I mean, we run a general service here at the BBC, right? So, you know, if you do not want or are not interested in our coverage in this particular area about relationships or pets or whatever, you may be interested in our political coverage. You may be interested in hard news, the day to day news that appears on BBC Online, which of course is the mainstay of the website. It's a general service, and we provide part of that service to, quite frankly, an audience that has been ignored by a lot of the BBC for a long time.
Samira Ahmed: Mike Wendling, thank you so much.
Posted by Craig at 17:51