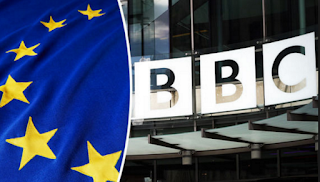 On that letter to Lord Hall from over 70 MPs, here's the letter in full:

Dear Lord Hall,
RE: BBC Coverage of Brexit
Brexit is the most important political challenge facing our country. Bearing in mind the new Royal Charter’s first ‘Public Purpose’ is to impartial news, as national broadcaster the BBC has a special obligation to ensure that it reflects available evidence and the balance of argument on the subject as fairly as possible.
We believe the BBC has fallen far short of this high standard. No doubt the BBC often nurtures first-class journalism but its position depends on trust. If politicians and the public don’t view it as an impartial broker, then the future of the BBC will be in doubt.
When Sir David Clementi, the incoming Chairman of the BBC, gave evidence to the Culture, Media, and Sport Select Committee in January, he insisted that the Corporation’s treatment of Brexit after the referendum had walked “a good path down the middle” – despite acknowledging that fewer viewers than ever now trust its coverage. We know many Leave-voting constituents have felt their views have been unfairly represented. This phenomenon is weakening the BBC's bond with the 52 per cent who voted Leave and all who wish to make a success of the decision made.
In particular, the Corporation’s focus on ‘regretful’ Leave voters, despite there being no polling shift towards Remain since the referendum, has led some to believe it is putting its preconceptions before the facts. Meanwhile, the posturing and private opinions of EU figures are too often presented as facts, without the vital context that they are talking tough ahead of the exit negotiations.
It particularly pains us to see how so much of the economic good news we’ve had since June has been skewed by BBC coverage which seems unable to break out of pre-referendum pessimism and accept new facts. Some of the signatories of this letter shared many of the concerns about the economic impact of Brexit, but all are delighted to find forecasts of immediate economic harm were at best misplaced. So-called ‘despite Brexit’ reporting may be expected of a partisan press, but licence fee-payers have the right to expect better.
The BBC has a much larger market share than any newspaper – it runs the most-used news website in the country, on top of its television and radio coverage. This, as well as viewers’ belief in its neutrality, means that BBC bias can have a substantial effect on national debate. BBC coverage also shapes international perceptions of the UK: we fear that, by misrepresenting our country either as xenophobic or regretful of the Leave vote, the BBC will undermine our efforts to carve out a new, global role for this country.
We are therefore asking you to take steps to correct these flaws in the BBC’s coverage of our EU exit at the earliest moment.
Yours etc.,


And this is the coverage it received on Today: