I've given this one a few hours as I wanted to see if the BBC would change its angle or not, but as it hasn't... 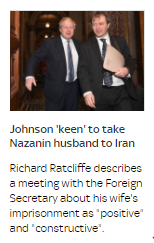 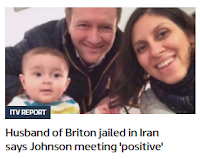 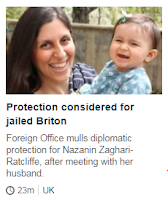 It's as if the BBC isn't prepared to yield any positive ground to Boris Johnson.

Indeed, if you click into the respective reports, you'll see that this continues and that the contrast becomes even sharper.

That's quite something, isn't it? Only the Foreign Office saying that the meeting has been 'positive' eh?

Why is the BBC News website refusing to report that Mr Ratcliffe said something positive and constructive about the UK's Foreign Secretary today?
Posted by Craig at 16:42