S’funny what people get up to on their hols. Colluding with foreign governments, drug-smuggling, trying to bring down the Ayatollahs’ government while slapping on the suntan lotion. They’re all at it.

As Craig has rightly pointed out, Alan at Biased-BBC recalls a time - it seems like a lifetime, but it’s only about ten days ago - when no-one saw anything provocative in someone taking some holiday-time-out to do a spot of teaching.

One minute it was a harmless-sounding sideline during a family visit, next minute it was a pretext for the mad mullahs to up the ante and double up on the incarceration.

I mean, isn’t accusing a visitor to Iran of ‘being a spy’ kind of par for the course? Especially when they hold  a British / Iranian passport. You know what they’re like. It’s okay, it’s their culture;  incarceration is the inevitable consequence of picking a bad holiday destination.

Charging her with spying and locking her up is still not actually Boris’s fault. The Boris-bashers disagree. Boris, they insist, should have foreseen that the mad mullahs would use his clumsy “misspeak” as a pretext for doubling the length of her sentence, barmy as this is.

They argue that “teaching journalism” (mysteriously upgraded to “training journalists”) was bound to infuriate the mad mullahs, and Boris should have known better; and they do have a point, even if we have to ignore the possibility that going to Iran for a holiday is a provocation in itself. 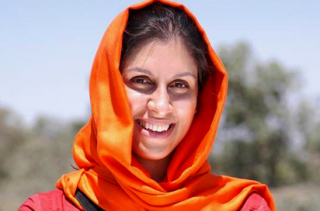 But so incensed with Boris are they that they’ve lost sight of the fact that, as Michael Gove reminded us on the Marr show, that whatever Nazanin Zaghari-Ratcliffe was doing on her hols, she was neither spying nor trying to bring the Iranian government down. So charging her with spying and locking her up  at all, let alone for goodness knows how long,  is completely unjustifiable.

Her husband is adamant that she was merely visiting family, which invites the Rice-Davies response, but the government’s (and the BBC’s) official line (that his word must be taken at face value) equally qualifies for a robust “They would, wouldn’t they.”

Obviously Andrew Marr deliberately tried to force Michael Gove into a no-win corner with his carefully phrased question:  “What was she doing?” and obviously if Gove had said he knew she was on holiday it immediately throws Boris under a bloody great red bus. He had little alternative but to say, quite truthfully, that he didn’t know, (How could he know?) Seemingly cornered; but with one bound he set himself free. He said her husband is the person who should know, and he has said she was. Nimble thinking macht frei.

The next thing we know is that the BBC has plucked an honest answer to a tricksy, intentionally  provocative question from its proper context and headlined with it mercilessly all day.

As for the three-way Twitter conversation that Craig has highlighted - (has James O”Brien been dumped? ) having a go at Andy Marr sounds like sour grapes.

Tom Newton-Dunn takes a swipe at Boris and Gove, bagging two for the price of one.

As for Marr’s failed attempt to force Gove to denounce either Boris or the government, Craig’s bf. Rob Burley plays “innocent face”.

Oh dear. The response was 'surprising to many'? To the BBC, maybe. They should have known that Marr is no match for Gove.

No matter. The BBC took it out of context and ran with it anyway.
Posted by sue at 23:14