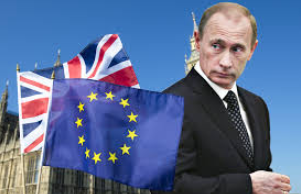 The final item on today's The World This Weekend was a feature about 'fake news'.

As you might expect from the BBC, this present day issue was framed as being exclusively a problem with social media. Indeed, the piece ended with Jonny Dymond saying, "The headlines...the real news...again".

Nick Robinson, would-be doughty defender of the BBC, has a Mail on Sunday piece today headlined Vladimir Putin is using fake news just like tanks and missiles...and from Brexit to Catalonia his goal is to weaken the West. It's also entirely in line with the view that it's social media which is the problem and that the mainstream media is the real, trustworthy media.

Now, I've absolutely no doubt that Vlad the Imputin is trying to undermine the West and that social media is one of his government's key tools - and Nick's "Now, I’ve learned, there are concerns that Russia is even fuelling anti-vaccine campaigns on social media" is alarming, if the concerns he's "learned" about are justified - but I still think his (biased) slip is showing here.

This is the kind of piece which includes such rhetorical gambits as:

So far, there is no firm evidence the Kremlin tried to, let alone succeeded, in bringing about Brexit. However....

I am not arguing that those who backed Brexit or Scottish independence fell for a foreign plot. But...

(And please read this comment from the Open Thread about Nick's piece too).

My Twitter feed, incidentally, is full of people disagreeing furiously about the Mail on Sunday's lead story concerning claims that the pro-Brexit Legatum Institute think tank is under the malign influence of Putin's government and, through it, that the Russians were linked to "Boris and Gove's Brexit 'coup'".  Some think it's fake news. Others think it's real news.

Andrew Marr (in my view rightly) handled the story cautiously this morning:


Finally, the Mail on Sunday there, quite a complicated story about an alleged link between Brexiteers and Russians and so forth, but you have to follow quite a lot of dots to work it out.