Is Mark Mardell about to join the Women's Equality Party? 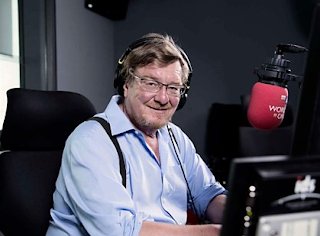 My goodness, I really do have to congratulate Mark Mardell for a truly epic display of virtue signalling on today's The World This Weekend.  I sincerely hope he wins this year's Male Feminist of the Year award on the strength of it.

I see a wide range of views on my social media accounts because I deliberately try not to make it an echo chamber, so I've seen a large range of reactions to the present 'sex scandals', especially from the women on my Twitter feed and at my visited websites.

Some think it's as serious a matter as can be while others think it's 'fake news'. Some hope it will mark a major turning point in our social attitudes, while others are calling it 'a witch hunt'. The range could hardly be broader.

This edition of The World This Weekend, however, gave us no sense that there's actually a great range of views out there.

Indeed, instead of the eight or so voices we heard from we might have well have just heard from one of them, who could have spoken for all the rest and given them a nice lie-in.

Even the Conservative baroness talked about 'toxic testosterone'.

And Mark led the way with his repeated talk about the "use of power" and  his use of other such feminist tropes.

Ironically, some on Twitter have been praising this segment as offering a "balanced" discussion on the matter.

Well, I've looked and, yes, these people do seem to like their own social media accounts to be echo chambers, so I'm guessing that "being balanced" in this case must mean having eight or so people saying the same thing, even if one of them is a Tory.

Still the rant from Germaine Greer's The Female Eunuch was an absolute pleasure to hear. She certainly could write.
Posted by Craig at 15:15