We need to talk about Jon 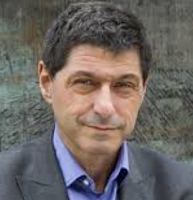 In the immediate wake of the terrorist attack in New York I switched on Today as I was driving to work and heard Jon Sopel talking about President Trump's reaction to the attack. From the word go the BBC's North America editor began point-scoring off the US president. It felt like an editorial rather than a straight report.

Now I know that lots of people, even on blogs like this, leap in far too soon with point-scoring after atrocities such as this, but a senior BBC reporter like Jon Sopel surely shouldn't be among them.

Yes, some of his points were filtered through what Wikipedia would call 'weasel words' - such as "some critics pointed out" and "but again critics would argue" - but his main points had no such filters. They were straight-out points.

And on Twitter he actually made the "some critics pointed out" point again and this time didn't use the 'weasel words'. On Twitter it became clear that it was his own point and that the 'weasel words' were precisely that, a smokescreen:

It's a form of words ("#VehicleAttack") which most people beyond the BBC's circle find ludicrous at best. At worst they feel it is deliberately hiding the real thing which these attacks have in common - the inspiring power of Islamic belief. And yet BBC reporters will, almost without thinking (it seems), reach for such forms of words in the event of a terrorist attack.

Now, I am going to stick up for him here because I think it's obvious what he meant. He obviously meant to say that all of those attacks featured a common method of attack, and that's something new. His shorthand language and unfortunate choice of hashtag obscured that.

A stronger criticism here is that Jon Sopel forgot the fabulous cities of Israel where this kind of attack began and where it isn't new. Surely Jerusalem should have been included in his list? To me, that suggests a partial-sightedness when it comes to terrorism on the BBC man's part. He forgot Israel altogether.
Posted by Craig at 21:09