Is it Maoist to complain about BBC bias? 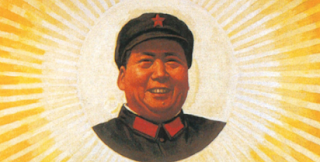 Back in April, I looked into a tweet by Tim Montgomerie that asked "Are all presenters of Radio 4's Week in Westminster Remainers?" and found that, though they weren't all Remainers, Tim did have a point about the balance of Remainers and Leavers.

Tim has returned to the fray today with another such tweet:

Tim remains wrong about "not one of them" backing Brexit, given that Peter Oborne is still a regular presenter, but the overall balance - especially with the likes of Steve Richards, Tom Newton Dunn, Helen Lewis and Anne McElvoy being on - remains very heavily pro-Remain and he still has a point....though making it is, apparently, "Maoist":

Tim Montgomerie: Nine (I think) regular presenters of BBC Radio 4’s #WeekinWestminster. Not one of them back Brexit. At least five are Remainers.
Nick Cohen: Tory Maoism (cont).
Tim Montgomerie: Poor Nick. Can’t tell the difference between a Brexiteer wanting balance on a publicly funding broadcaster and a communist tyrant of an undemocratic superstate who killed millions.

I've never thought of myself as a Maoist before just for complaining about BBC bias. That said, I'm off out in a few minutes (despite the wintry showers) to advance courageously under the guidance of the red flag of Mao Zedong thought, and do a bit of shopping.

(P.S. If any of the 70% of 16-24 year olds who Survation found had never heard of Mao are passing by, please write to your present or former schools and complain!).
Posted by Craig at 13:05