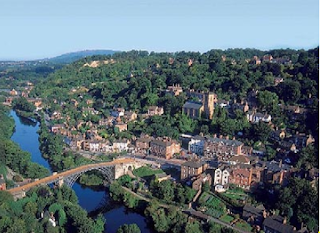 Tabs at Biased BBC complained about the BBC's coverage/lack of coverage of the Telford story and has posted part of the BBC's response:

The BBC News website published the front page of the Sunday Mirror on March 11, linked to the article and contained a commentary on the paper’s 18-month research. On Monday, our paper reviews again linked to the Daily Mail and Daily Mirror’s analysis of the investigation, followed by detailed articles which were on our News website front page:

We’ve also covered the reaction from the local Council, MPs and charities like the NSPCC. The item was further covered across the BBC as follows:

– Radio 5 Live’s ‘Emma Barnett’ and ‘5 Live Drive’ programmes spoke to our Radio Shropshire reporter and covered the issue – BBC Two’s ‘Victoria Derbyshire’ had a live interview with a child abuse lawyer on the subject, as well as one of the victims – BBC News at Six, Ten and News Channel all covered the story this week, as have Midlands Today bulletins – Radio 4’s ‘The World at One’ and ‘Six O’Clock News’ both had items, and local radio heard from the leader of the local council in Telford.

We have previously reported on Child Sexual Exploitation in Telford on a number of occasions, including the last call from Lucy Allan MP for an independent inquiry: http://www.bbc.co.uk/news/uk-england-shropshire-37769350


Hmm. As I've written a lot about this this week, I'll just content myself with saying a little more here about two programmes I've been monitoring this week....

When they say that "BBC News at Six, Ten and News Channel all covered the story this week", that surely proves the disingenuous nature of this BBC reply.

The story had been raging since last Sunday morning and the first time BBC One's News at Ten covered it was a brief mention on Tuesday night's programme at 10.25 (which I quoted in its 49-word entirety earlier in the week) - and that's been it so far. BBC One's News at Six has also covered it just once this week, on Wednesday evening's edition; though that was a two-minute report by Sima Kotecha.

Yes, both programmes "covered the story this week", but just once each, and one of them for just a few seconds. Is that really properly "covering" a story?

I wonder if James Stephenson, News Editor for BBC News and Current Affairs, will trot this one out on tonight's Newswatch?
Posted by Craig at 15:10