As noted by Guest Who at Biased BBC, the comments most certainly could be going better in response to this 'Breaking News' tweet from BBC South East: 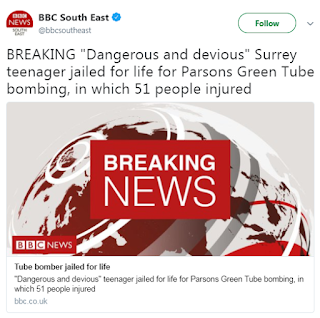 Here's just a brief sample of some of those comments: