"The process has been slow and utterly inefficient" 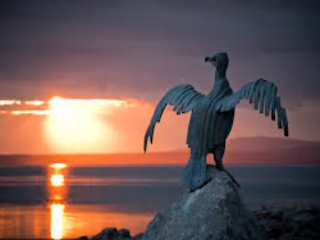 Before the sun finally sets on the last Open Thread, I'd just like to highlight this comment (just in case any of you missed it):

A while back the DUP took a complaint of bias by the Nolan programme (about the green heating incentive scheme scandal), which was partly upheld on grounds of inaccuracy, and a faint tap on the wrist administered.

What's interesting though and will strike a chord with anyone who has attempted complaining to the BBC is the DUP's comment: "The complaints were submitted by the party many months ago. The process has been slow and utterly inefficient. We welcome that a response has finally been forthcoming from the BBC. Whilst a complaint has been upheld against the BBC, the matter has now been escalated to Ofcom. We await the outcome of that process." Good luck with that, I say.

From The Belfast Telegraph:

The faint tap on the wrist was the Nolan show's senior editorial team "received a reminder that repeat broadcasts must be accompanied by any relevant updates about people and/or events featured within them." I bet they couldn't sleep for (days) seconds afterwards.
Posted by Craig at 15:24