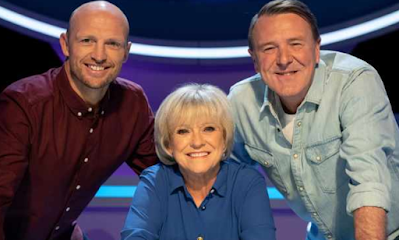 I don't watch A Question of Sport.

I did when I was young, briefly.

I recall sitting with my parents when I was in my early teens watching Emlyn Hughes and Bill Beaumont and David Coleman and, possibly, Frank Muir and Ian Wallace.

Thereafter, things become less clear. I think Bill was good at the Picture Board, Frank (eternally sporting a Millwall FC pink bow tie) excelled at guessing the Mystery Guest, and Emlyn always ended the programme (if I remember rightly) by singing a Scottish ballad after pressing his buzzer first.

I don't remember watching it against my will, but then (true story) I became a proper 80s teenager - namely an OMD/Aneka/Flock of Seagulls fan - and retreated to my bedroom with my trusty cassette recorder to record the Top 40 with Tommy Vance.

In short, I moved on and never looked back.

It's obvious that none of them expected it, or is exactly happy about it, but they are all (so far) accepting their fate with the good grace I expect of proper sporty types.

A Question of Sport obviously still has a loyal audience, and has been a BBC staple since Adam first put his shot and Eve first swam in a synchronised fashion with herself and that infamous drug-taking unicorn and got disqualified by God.

Alastair Stewart OBE: Its ridiculous to take Sue Barker & team captains Phil Tufnell & Matt Dawson off A Question of Sport. I can't recall an episode when they were anything short of brilliant. This, as other presenters are promoted well before their time, risks TV being seen as having lost its way.

Bernie: Want to start a petition?

Alastair Stewart OBE: I don't do petitions but I'd hope Tim Davie looks at it and the motivation behind it.

Many people are understandably putting two and two together and speculating on the BBC's motivation here. Everyone knows the BBC far, far too well these days.

A likeable white woman who's so far somehow managed to survive above the permitted age usually enforced for older women by the very strict Logan's Run department at the BBC? And (OMG!) two white middle-aged blokes too?

Is the BBC about to put box-ticking and quotas ahead of talent and merit and risk poor programmes, poorly presented, which then quickly begin to haemorrhage their existing audience?

Unless new DG Tim Davie takes charge, steps in and stops the BBC making a fool of itself again, I would confidently place a bet on it - maybe, at a push, at the bookies even.

Not that everyone else wouldn't be placing exactly the same bet. So maybe I won't bother after all. 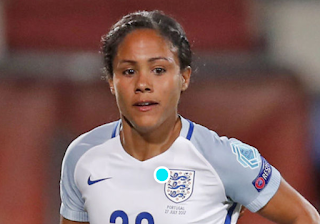 Update (14/9): The Daily Mail reports this morning that former women's footballer Alex Scott (above) is "well liked by the broadcaster" and "in the mix" to replace Sue Barker. They also mention another footballer, Jermaine Jenas, as being "in the running" to become one of the new team captain. I can't see them having two footballers though, but you never know!

Labels: 'A Question of Sport'