They're in the Money 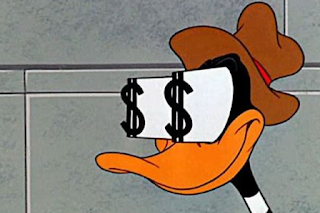 Here's news to brighten up your Sunday morning, courtesy of The Sunday Times:

Two years ago the list was all men. The six men this year are Gary Lineker (of course), Graham Norton, Alan Shearer, Huw Edwards, Stephen Nolan and Steve Wright in the Afternoon.

It seems to pay to be in BBC radio these days.