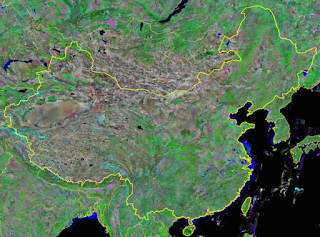 His latest Spectator column has the online headline The BBC has given up properly reporting on China. In it Mr Moore castigates the Corporation for having failed to replace Carrie Gracie as BBC China editor, for only having one correspondent there, and for preferring to safely report on Trump rather than report on China.

The BBC is not happy.

This Spectator piece is inaccurate, wrong and a misrepresentation. BBC News has THREE correspondents in China, not one. I am one of them, my brilliant and committed colleagues  John Sudworth and  Stephen McDonell  are the others. Fraser Nelson, Andrew Neil, please correct.

And here's the aforementioned John Simpson (not copying in Andrew Neil):

Charles Moore claims in the Spectator that the BBC has timidly 'given up anything like full reporting of China'.  Absolute rubbish. We have 3 full-time correspondents there, & the BBC has led the way in reporting the treatment of the Uighurs. Fraser Nelson: an apology, please.

The Spectator has added an update in response:

Update: The BBC has been in touch to say that it has a grand total of three reporters in this country of 1.3 billion. But still, more than two years after Gracie’s departure, no China Editor.

It would be interesting to know exactly how many reporters the BBC has in the US at the moment.

The Spectator has now ‘updated’ Charles Moore’s piece on the BBC in China.  Not enough, but it’s a bit less of an insult now to the team who revealed to the world what was being done to the Uighurs.  Let’s hope the Speccie checks its facts next time it attacks the BBC.

Much later update: John's still harping on about it, but is (charmingly) softening:

I confess I've got a soft spot for Charles Moore.  In 1989 I returned from Kabul with a strong story.  The Independent & the Guardian wouldn't run it: an Indie exec explained to me that in his experience TV people couldn't write. Charles printed it in the Speccie & was charming.

Now, that's an interesting anecdote it its own right.

(How typical that he went to to Independent and the Guardian first! Very John Simpson!).

Wonder what the story was and why left-leaning newspapers were reluctant to run it? I'm doubting even the internet will solve that mystery from 1989, but you never know....

Yet another update: And within seconds of |Googling, the answer popped straight up as the main answer to a search for 'john simpson 1989 spectator'.

It's an impeccably BBC piece, even down to calling the strongest US critics of the Soviet Union's actions in Afghanistan "far-right".

So what went wrong for John Simpson with the left-leaning papers back in 1989?

Well, he half-criticised a liberal US media icon Dan Rather, and even that was evidently too much for the faint-hearted Independent and the Guardian, even back then.

That Charles Moore published JS's article - even though it's what we might now call a 'left-liberal piece' to the letter, and went after Mr Rather's (right-wing) critics with no sympathy whatsoever for either them or their views - truly is a testimony to Charles Moore's and the Spectator's enduring willingness to grant a platform to people who aren't the kind of people Spectator readers usually agree with, or probably even want to hear from.

And I'll keep on subscribing to it with added enthusiasm as a result.