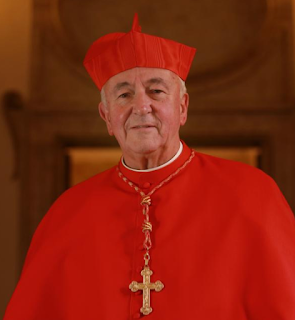 It's been a while since I mounted my hobby-horse about Radio 4's Sunday programme.

This morning, for example, it marked the Catholic Church's World Day for Migrants and Refugees - very much its kind of thing.

Preceding William Crawley's interview with Cardinal Nichols, they played us a clip of an asylum seeker from Nigeria (who also happens to be a member of the campaign group Refugees for Change). He condemned the UK's asylum system for being too harsh.

So that was the starting point for what followed.

And then came William's questions to the liberal Cardinal Nichols, nearly all of which came from a very particular angle:

It was almost funny. From the third leading question there, William was clearly angling after getting the Cardinal to condemn Priti Patel, but - as is his way - the waffling Cardinal wasn't getting there fast enough, so William had to spell it out to him in the fifth question.

William did 'balance' things by then reading a short statement from the Home Office before changing the subject:

There were so many questions that Sunday could have put to Cardinal Nichols, challenging him on some of his highly questionable statements, putting alternative points of view, but that's not what Sunday does on issues like this.

It is indelibly set in its ways, doubtless because everyone on the programme thinks pretty much the same way about immigration.

We also got some ridiculous story about an American priest who got into a spot of difficulty because of the use of pronouns, and an item about how wonderful it is that madrassas are re-opening in Preston (with the usual obfuscations about why Muslim communities seem to be being disproportionately impacted by coronavirus). 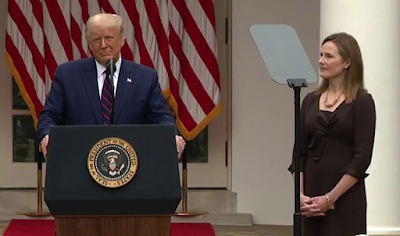 It began however, pace Charlie on the Open Thread, with an item on the Trump administrations "socially conservative Catholic" nominee to replace Ruth Bader Ginsburg on the US Supreme Court. William talked to one of the programme's regular US commentators, Mark I. Pinsky (the one who calls Donald Trump an "asshole"). William's approach was classic Sunday:

Again, all the talking points come from the same angle. They are liberal, pro-Democrat talking points.
The accusations of hypocrisy against both Amy Coney Barrett and the Republicans which William pursued more than once, for example, are only half-fair because they omit to mention that the Democrats are being just as hypocritical. Indeed, the late Ruth Bader Ginsburg wanted her kind of judge appointed before the 2016 election but in 2020, as her dying wish, wanted any new judge appointed after the election, so even she was being hypocritical.
Fran Unsworth really has her work cut out broadening the range of thinking on this programme.
Update: As Julian notes in the comments,

The group Ms Barrett belongs to is not the one that is supposedly the one the Handmaid's Tale is based upon. The video of Ms Barrett that purports to show her arguing against this course of action has been edited to omit the fact that she was arguing the exact opposite. Both these details were available yesterday so basically the BBC is repeating lies at worst or regurgitating old news at best.

Even setting aside the bias, this is terrible BBC journalism.