This morning's Sunday was presented by Edward Stourton and pursued the subjects listed in the title of this post. Here's how it went, complete with quotes from the Sunday website (by way of introduction): 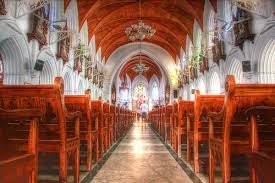 1. We review of the latest statistics from the National Catholic Safeguarding Commission and ask why there has been an increase in the number of parishes without a representative in place to monitor child safety.

This took the form of an interview with Danny Sullivan of the National Catholic Safeguarding Commission. According to their statistics, 52 Catholic priests in England and Wales have been defrocked since 2001 as a result of clerical abuse. Ed Stourton asked him if there'd been a spike in allegations as a result of the Jimmy Savile scandal. He said there hadn't. The figures show a rise in 2004, after the Nolan Report into abuse within the Church, and a rise in 2010, related to Pope Benedict meeting survivors during his visit to the UK. The number of parishes without a safeguarding representative grew between 2012 and 2013 from 88 to 126 - a rise that may be down to concerns over increased paperwork associated with the role. Danny Sullivan has been impressed, however, by Pope Francis' sincerity and determination to tackle the issue.

Sunday has covered the Catholic abuse scandal assiduously for many years. 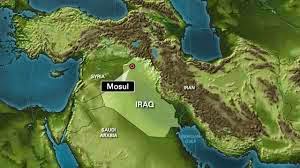 2. Christians in Iraq are facing increasing danger. Last week ISIS gave Christians in Mosul an ultimatum to leave, pay a tax or convert to Islam. BBC Correspondent Jiyar Gol is just back from Iraq and Archbishop Toma Dawod tells Edward why he is frustrated by the slow response to this crisis.

Edward began by mentioning "dhimma" in the Ottoman Empire, and said that it looks to be making a comeback in Iraq thanks to Isis (IS). Jiyar went with Kurdish security forces into the predominantly Christian district of Mosul from where he could see the black flags flying. He said that Christians told him that Isis had been kind to them after June 10, telling them they had nothing to fear, but that suddenly this fatwa came out demanding that they leave Mosul, convert to Islam, pay the dhimmi tax, or be beheaded. Isis have been going neighbour by neighbour, giving this warning. Monks have been expelled from ancient monasteries, some dating back to the 4th century, churches have been converted into mosques, and crosses and statues have been replaced by black Isis flags. We heard briefly from a couple of Christian women there who had been warned to leave, convert or be beheaded, and then forced out of city.

Then came an interview with the leader of Syrian Church in this country, Archbishop H.E. Mor Athanasius Toma Dawod. He's originally from Mosul and still has family there. The very old and disabled there, he said, will have to stay and convert. He says they have had no support from Western governments. He wants the UK to ban Isis [haven't we already done so?!?], to send humanitarian support and to help relocate Christian people. "It's very difficult to live with Muslims...with savage people", he said. "We would like to live in peace". The Christian presence predated Islam in the area, he added. Christians are indigenous.

This was powerful testimony. Sunday has been good at tracking the plight of Christians in the region in the past couple of years - far more than many of the BBC's critics might think. 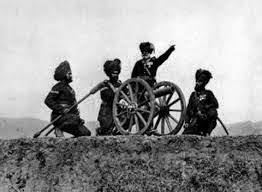 3. In a continuing series on the religious responses to WW1 Rahul Tandon reports on the thousands of Sikhs who went to fight and looks at how they are remembered today.

More than one million Indians took part in WW1, fighting for "their king", and more than a quarter were Sikhs - although they accounted for less than 2% of the population of British India at the time. The 14th Sikh regiment lost more than 80% of its strength on one day at Gallipoli. This didn't put them off, actually provoking a boost in Sikh recruitment in India. We heard how the British sent popular singers were sent to Sikh villages to help recruitment. They sang martial songs and said that "King George has invited you to come". Some went for money, some for employment, and some to help England in its hour of need - which they duly did. By all accounts, they played a pivotal role in saving the day, especially during the crucial early stages of the war. The younger generation in India are still surprised at the extent of Sikh involvement, and most Indians (as a whole) don't ever know about it.

It's not often that Sunday considers the Sikhs (unlike certain other faiths), and this was an interesting report from Rahul Tandon. 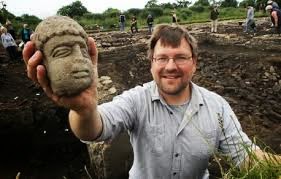 4. Excavations at a Roman site in County Durham have revealed the 'Pompeii of the North' according to archaeologists. Dr David Petts explains what these findings show about Christianity in Roman Britain.

This was interesting too. Dr Petts says that they are being a bit cheeky in calling their find the 'Pompeii of the North', but it obviously hasn't harmed his team's publicity - hence his appearance on Sunday!

His team has found extensive ruins at Binchester Roman Fort near Bishop Auckland in County Durham, including standing buildings complete with 7-8 ft high walls, windows and doors you can walk through. They also found a small silver ring with an engraving that features two fish dangling from an anchor, an early symbol of Christianity - only the second time it has cropped up in Britain. It dates from the 3rd century A.D., before Constantine the Great converted the Roman Empire to Christianity. The ring, Dr Petts believes, must have belonged to a fairly high status Roman British Christian, saying that early British Christianity was most common among higher status Roman Brits. They've also found a pair of altars in bath house, some small mother goddess figurines and cult pots, but they've only excavated 1-2% of the site so far.

[If you're intrigued, you can read much more about it here].

5. There's a drive by African and Caribbean church leaders in the UK to encourage more black people to be politically and socially active. Bob Walker reports on why, for decades, this issue has proved such a struggle.

This is very much Sunday territory. It concerned a campaign to get more black peoples involved in politics, education and the police. A manifesto has been published to encourage this to happen. The problem? Only 4.2% of MPs are black and 96% of local councillors are white. Plus, it's estimated that in the 2010 election, 28% of African-Caribbeans were not registered to vote, compared to 7% of whites. The campaigners say that more black participation in elections could decide the results in many marginal seats [and I think we can guess in which directions.] Everyone interviewed in Bob Walker's report was behind the campaign. 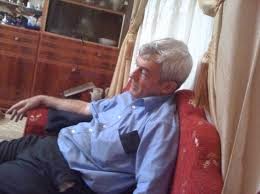 6. As diplomatic efforts continue to negotiate a ceasefire between Israel and Gaza, Oliver McTernan, Director of Forward Thinking describes the mood of the discussions he has been conducting in the region.

As I was saying to Sue, I just knew they'd get Oliver McTernan on. He's been on Sunday several times before and was scheduled to appear a few weeks back, but didn't. Here he was though, inevitably.

Ed Stourton introduced him as "a former Catholic priest" who has been "trying to encourage dialogue between Israel and Palestinians for many years". Readers of Harry's Place will have a very different take on him (see here, here, here and here). He and his organisation have been accused of being strongly pro-Hamas. (No hint of that from Edward).

Mr McTernan told us that he's been talking to political leaders in the area. He denounced the "collective paranoia" in Israel and said it's "almost impassible to have an objective conversation" with Israelis (including opposition politicians). He had nothing good to say about them. As for Hamas, well, he said that Hamas is just one of five or six "resistance groups" there, so it's hard to get consensus. They are agreed about one thing though, he said: "They feel this should be the end of the siege". "The siege of Gaza", he called it. He then blamed the international community for not talking to Hamas (or to certain unspecified Israelis [hardline 'peace activists' presumably]). "When you see what's happening it would be impossible not to be depressed by it", he said, adding that  the "lack of direct communication" (with Hamas) is "the problem". Talks shouldn't be conducted "through third parties". (This is standard Oliver McTernan stuff).

Ed Stourton interviewed him in a friendly fashion.

When other Radio 4 staples (Today, The World at One, PM and The World Tonight) have been pretty careful to balance their guests over the past few weeks, it will be interesting to see if Sunday lives up to its reputation for bias and bucks the trend. If we don't get a pro-Israeli guest next week (or soon after), then we may infer bias with some confidence. 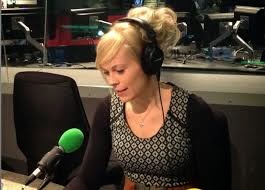 7. The Pope and the Dalai Lama have millions of Twitter followers leaving the Archbishop of Canterbury trailing with around 60,000. Vicky Beeching gives Edward some tips to help the Archbishop boost his online flock.

After 'online tsar' Martha Lane Fox gently chided Archbishop Justin in the House of Lords for not tweeting enough, TFTD speaker Vicky Beeching came on to say why Twitter is such a good forum, even for religious leaders.

With 4.2 million followers, Pope Francis is "the most influential tweeter in the world", a survey recently shows. That's because of his re-tweet rate which is ten times higher than Barack Obama. The Pope sends "nuggets of moral advice", said Ed. Vicky said they sometimes read like "fortune cookies". Even Pope Francis can't beat the Dalai Lama, who has 9.4 million followers. Still, they both put the poor AB of C in the shade. Archbishop Justin has just 60,000 followers. He's "so anxious to be balanced they [his tweets] risk being a little dull", said the ever-so-balanced and exciting Ed. Vicky defended him, however, saying that - unlike Pope Francis - Justin Welby writes all his own tweets.

As Ed Stourton always says, enjoy the rest of your Sunday.
Posted by Craig at 10:44