Has Lord Lawson been banned by the BBC? 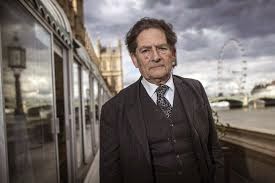 For those of you following the story about the 'banning' of Lord Lawson from the BBC's airwaves, here's a letter you may have missed from this week's Spectator. Make of it what you will:

Sir: You write that the BBC ‘has effectively banned’ Lord Lawson from items on climate change unless introduced with ‘a statement discrediting his views’ (Leading article, 12 July). There’s a lot of muddled reporting of this story. Lord Lawson hasn’t been in any sense ‘banned’, and the Editorial Complaints Unit finding didn’t suggest that he shouldn’t take part in future items. It found fault with the way the Today item was handled in two respects: firstly that it presented Lord Lawson’s views on the science of global warning as if they stood on the same footing as those of Sir Brian Hoskins, and secondly that it didn’t make clear to listeners that Lord Lawson represented a minority view. There is also no ban on other non-scientists discussing climate change. The BBC is absolutely committed to impartial and balanced coverage on this complex issue. Our position remains exactly as it was — we accept that there is broad scientific agreement on climate change and we reflect this accordingly. We do, however, on occasion offer space to dissenting voices where appropriate as part of the BBC’s overall commitment to impartiality.
Fran Unsworth Deputy director, BBC News and Current Affairs