Part one (of five short observations)

My BBC personal viewing pattern has dwindled away to practically nil. Usually small bursts of news and current affairs, and at the weekend, for a bit of masochistic morbid curiosity, Marr; if an interesting topic is on the agenda, I might take in the religious-based Sunday morning fiasco (TBQ or SML) that goes out next, and maybe a bit of Andrew Neil.

During the current Israel/Gaza flare-up there’s Channel 4(!!) ITV., Sky, BBC4 news, Al Jazeera, and even RT. But this week I have mostly been --- online, getting nicely radicalised with, e.g., the Brendan O”Neill article, which has rightly been cited everywhere because it says such a lot, also most of the staples featured on the sidebar of this blog and some others.

One website that had dropped off my radar recently - I don’t know why, is Tom Gross’s Mideast Dispatches. I used to read it all the time, I think it’s a bit too ultramarine for comfort.
Alan at Biased BBC reminded me to revisit, so H/T to Alan. His latest  piece “Under pressure etc” was especially relevant because just the other day I asked Craig whether he’d spotted anything on the BBC, because I hadn’t, about Chris Gunness’s ‘discovery’ (what a surprise that must’ve been for poor Chris) of a score of rockets stashed away in one of his humanitarian schools. (Craig hadn’t spotted anything on the BBC either) Obviously aficionados of pro-Israel blogs already knew, but not the BBC. Either the BBC did not know or didn’t deem it newsworthy. 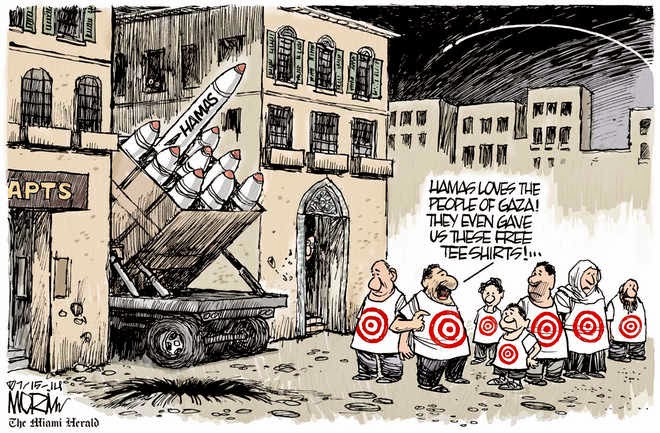 
It seems Gunness said the school was ‘vacant’, presumably to confuse, since that could mean just about anything. It could be that it was the school hols; that no-one happened to there at the time, or that the building was unused. I had forgotten that I already knew he and Jeremy Bowen were mates until I searched the B-BBC archives and found my own piece.
Posted by sue at 22:44