Play it down again, Chris 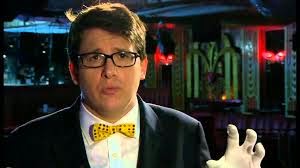 The Guardian's Political Editor, Patrick Wintour, broke the story of the leaked report from the former Met counterterrorism chief Peter Clarke into the Birmingham 'Trojan Horse' affair this week:

The report's findings are alarming, and the Guardian article goes into considerable detail about them.

Newsnight's Policy Editor, Chris Cook, has been criticised before for playing down the seriousness of this story, and his latest piece does rather give credence to that charge. It goes into very little detail about the deliberate Islamicising found to be going on in some of these schools, merely saying:

It really reinforces what we knew: a small group of friends pushed some of the city's schools towards Islamic social conservatism.

That, Mr Clarke says, created an atmosphere where extremism might flourish and an us-and-them attitude to non-Muslims might emerge.

In that category, Mr Clarke found other instances of worrying incidents that were first reported on Newsnight.

Newsnight had learned that the police were seeking transcripts of these chats a few months ago. They seem to have got them.

Note the dismissive, 'little to see here' first paragraph there:

"It really reinforces what we knew: a small group of friends pushed some of the city's schools towards Islamic social conservatism".

Except that, according to the Guardian, Mr Clarke's report explicitly says that there's more to it than that. Here's what Mr Clarke actually says:

"It goes beyond the social conservatism practised in some faith schools which may be consistent with universal human rights and respectful of other communities. It appears to be a deliberate attempt to convert secular state schools into exclusive faith schools in all but name."

That is not what Chris Cook said it was saying, is it?

Chris Cook is more interested in how bad the report makes Michael Gove and his school's policy look, hence the title of his piece:

It's quite striking that whereas Chris Cook's take is unambiguous bad news for Mr Gove's education reforms...

The document, commissioned by the DfE, is quite harsh on its own role as a consequence of the former education secretary's most significant reform ['converter academies']

...it becomes clear from reading the Guardian's article that things are not so clear-cut. As Patrick Wintour writes,

Clarke makes it clear he is not making a judgment on academies, and that some of the schools investigated were traditional schools overseen by the council.

That is something Chris Cook failed to point out.

I'm not a mind-reader so I wouldn't claim to begin to know why Chris Cook chose to ignore almost all of the shocking detail in the leaked report, or why he is persisting with his established line that it's just about a small group of friends wanting a more socially conservative ethos in schools, or why he focused his Newsnight report mainly on Michael Gove's education policies, or why he ignored the caveats and qualifications in Mr Clarke's views of converter academies, but those are indeed the things he chose to do here.
Posted by Craig at 15:17