I saw an episode of Head to Head, Al Jazeera’s answer to .... I don’t know what, a kind of debate or something. The person in charge is Mehdi Hasan posing as Islam’s answer to Stephen Sackur. He must think of himself as a thoughtful interlocutor whose penetrating questions and mental agility will slay his opponent with one or two crushing blows. He is wrong. He comes across as a bully, a hypocrite; lazy of thought and shallow. 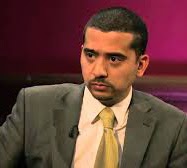 The production gathers together an anti-Zionist mob - their version of our very own baying, smirking Question Time audience - well they would, wouldn’t they - to watch Mehdi batter and badger at anyone foolish enough to volunteer to be jeered, sneered, derided and interrupted. The victim was Dani Dayan on behalf of ‘the settlers’. He wasn’t going to get very far. Plainly. Opposing him was a collection of ...oh I won’t even go beyond Ghada Karmi. 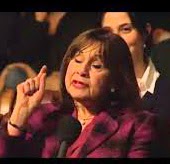 Mehdi bullies, shouts people down, twists their words.  Each time he scores a point he becomes more cartoon-histrionic and more starey-eyed and odd. Talking of heads, since that’s the name of the programme, Mehdi’s head is quite a strange shape. Flat at the back; minus the bit of brain that controls rational thought maybe. The audience smirks expectantly, aware that giving a credible response to Mehdi’s erroneous unanswerable questions is going to be nigh on impossible, which gives them much satisfaction.