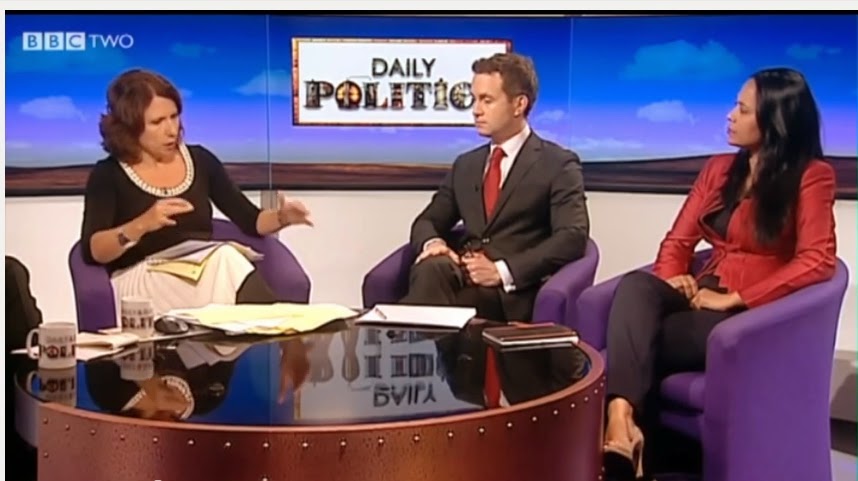 “Israel has shown complete disregard for humanitarian issues, [...] its reaction is disproportionate and we need the European Union  and the British government to speak up and work towards resuming peace negotiations, which seem to have been completely elusive over recent years.

That cavalier misuse of the word ‘disproportionate’ with regard to the internationally accepted definition of proportionality in war typifies a popular misconception.  People assert, and don’t we just know it, that if one side (Israel) sustains substantially fewer casualties than the other, the battle must stop immediately, because that’s a war crime.

Ugly expressions of anti-Zionism and antisemitism that are erupting through out Europe,

“Jewish people are being attacked and abused on the streets of Germany as though the country were back in the Nazi era, political and religious leaders warned yesterday.Escalating violence between Israel and Hamas in Gaza has prompted a disturbing rise in anti-Semitism in Europe in the last few days.Murderous slogans dating back to the days of Hitler have been chanted at pro-Palestinian rallies in Germany. Jewish-owned shops were attacked and burned in riots in France at the weekend.The Israeli ambassador to Germany, Yakov Hadas-Handelsman, said: ‘They pursue the Jews in the streets of Berlin… as if we were in 1938.’”

Apart from this, as far as I can see the total sum of the case against Israel is ‘disproportionality’. The obvious question is side-stepped. “Do you think war can only be legal if there are an exactly equal number of casualties?” The reply? Judicious return to the numbers. Logic has been dumped.

Col. Richard Kemp says the laws of armed conflict do not permit military forces to embed their weapon systems and fighters inside the civilian population, and that if they do then their enemies are permitted under international law to carry out attacks.
We know Hamas stashes weapons and establishes Hamas headquarters and ‘safe places’ beneath and inside hospitals and schools, but Israel is blamed when civilians are killed, which is exactly what Hamas intended. Yet Israel is accused of War Crimes

Apologists for Hamas, there are a fair few, say that we need to get to the root of the trouble. The well-fed Qatar based Hamas leader Khaled Meshaal said the group wants a truce as soon as possible, but with a genuine guarantee to lift the eight-year long siege.

Meshaal set out his conditions for a ceasefire in an edition of HardTalk with Stephen Sackur:

End the blockade and the occupation. (The term “occupation” sometimes alludes to the West Bank, sometimes erroneously to Gaza, sometimes to the whole of Israel.)  However, we rarely hear from the pro-Palestinians, the BBC or much of the press why the blockade has to exist. When we do, the BBC includes the qualifier,  “Israel says”.

To clarify, the root of the trouble is religious fanaticism including Islam’s inherent feelings of revulsion towards Jews and its entitlement to superiority over Jews,  coupled with stupidity and intransigence. That is why Hamas requests a hudna, rather than entertaining the faintest idea of ever recognising Israel. That’s it. (I had to take my hat off to this proud announcement, from Tweeter "Gaza Writes Back": "Alqassam targeted milinary targets. We attacked their best unit." A fascinator, probably.)

In their aroused state, inflamed by the hysterical press coverage, people have ignored, forgotten or chosen not to mind that Hamas is a hard-line Islamist group. Israeli PM Netanyahu compares it to ISIS and the other groups that are causing mayhem wherever they can.  People still behave as if Hamas is rational, even as they see them behaving like lunatics.

Stephen Games writes in Haaretz about an edition of Feedback, where Roger Bolton talks to World editor of BBC News, Andrew Roy.

What did emerge from the interview is the unintended damage caused by the BBC’s ostensible policy of even-handedness. Because it cannot be seen as editorialising, the BBC bends over backwards to maintain a policy of “show-don’t-tell”. Thus, the only truths about Gaza that BBC reporters can convey are those that a camera can point at. Never has a BBC reporter broken a story from Gaza, interviewed a Hamas commander about splits in the ranks, examined the Palestinian justice and detention system, exposed the climate of fear that Gazans are subject to, shown missile stockpiling or residential defensive positions, or challenged the brainwashing of children in schools.

Hamas glorifies martyrdom, and has persuaded civilians to sacrifice themselves for Allah.
Too many innocent lives are indeed being lost for the sake that deception. Far too many children and their parents obviously don’t know that they’re being used as sacrificial lambs for the likes of Khaled Mashaal and Ismail Haniya who are fattening themselves up far away from the battlefield. 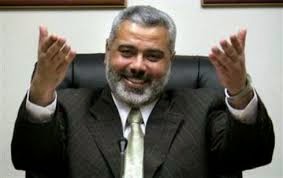 Whose fault is this? We’re told it’s Israel’s fault.

Hamas has announced their conditions for ceasefire. We know that part of the tunnel system is designed especially for Hamas killers to infiltrate into Israel proper for the express purpose of killing civilians, yet we calmly consider Hamas’s demand that Israel opens the borders with Gaza so that Gazans can come and go as they please. He expects Israel to make it easier for them to kill civilians above ground without the bother of those high maintenance tunnels.

Hamas had apparently been preparing a murderous assault on Israeli civilian targets for the coming Jewish New Year Holiday, Rosh Hashanah, which begins on September 24, according anonymous sources in the Israeli security services, as reported today by the Israeli daily Maariv.
The Hamas plan consisted of what was to be a surprise attack in which 200 fighters would be dispatched through each of dozens of tunnels dug by Hamas under the border from Gaza to Israel, and seize kibbutzim and other communities while killing and kidnapping Israeli civilians.


Hamas, now partners with Abbas of the Palestinian Authority, openly calls for the elimination of Israel, yet as soon as Hamas’s human shield strategy achieves the intended effect, and the world obediently condemns Israel on the grounds that the number of Palestinian deaths is ‘disproportionate’, everyone clamours for Israel to obediently lay down its arms.

All Hamas, or any other aggrieved movement, needs to do, is simply place children between them and their foe, and hey presto; they’ve won

A new decree is announced by Isis. All girls and women of child-bearing age are to be subjected to Female Genital Mutilation. The world is horrified. The BBC is outraged.

Why do we believe Islamist Hamas and  disbelieve Israelis?  Why?
"One child has been killed every hour" the media announces helpfully. In the same way they sometimes like to measure things in terms of football pitches to help people visualise the scale of something, that announcement is designed to help people imagine how many children will be killed in the hours to come, just so we understand how disproportionate things are and can assess the magnitude of the war crime Israel has already committed and will commit in the hours and days to come.

On Woman’s Hour they're examining the ins and outs of fasting for Ramadan. Has the BBC officially committed to the caliphate? I must have missed the announcement. Is it on iPlayer?

Proportionality
Isn’t it ironic that people feel they should apologise for Tweeting or posting emotive pictures of “Gaza” when they turn out to be from Syria or Iraq? Shouldn’t they really be apologising for NOT Tweeting pictures of atrocities in Iraq or Syria?
We’ve heard little else from people railing against Israel or “What Israel is doing in Gaza”  than the cry  “It’s disproportionate!”

What’s really disproportionate is the media’s, and consequently the audience’s, obsessive focus on this particular conflict and its (so far) comparatively limited number of dead, injured and displaced, when thousands upon thousands of fatalities, injuries and homeless, stateless refugees have arisen from the Islam-fueled wars and Islam-fueled violence currently raging right on the doorstep of the one and only conflict that has to do with Jews. Only if there’s Jews it’s news.

If the BBC and the other image-based news outlets hadn’t sent legions of film crews, people with cameras and reporters with deliberate or inadvertent antisemitic agendas, to idealise the Palestinians and dehumanise the Israelis, then most of the baying mobs they’ve whipped up would be as knowledgable or  passionate about atrocities perpetrated by ISIS, Boko Haram, Al Shabab as they are over Gaza; and they’d be about as “angry”. That is, not very much.

Simcha Jacobovici is a Canadian-Israeli filmmaker and journalist.

I write this as a member of the press. I’m proud to be a journalist and a documentary filmmaker. I’m a member of the Foreign Press Association in Israel, and the co-recipient of this year’s Edward R. Murrow Award from the American Overseas Press Club. I say this off the top because I’m not an outsider pointing my finger at the media. Every year, journalists sacrifice their lives in war zones so as to keep us informed and protect freedom of the press, a cornerstone of democracy.
But the fact is that when it comes to Israel, the media has acted irresponsibly. Good journalism has been replaced by politically correct misreporting, and one of the net results is that Palestinian civilians, including children, are paying with their lives. How so? There is no group that can be more evil, in the narrowest sense of the word, than the rulers of the Gaza strip, Hamas. They are openly anti-democratic, anti-Jewish, anti-Christian, anti-gay, anti-women, anti-Israel, anti-American and anti-Western. The list continues. These are the people who distributed candies, danced in the street and openly celebrated after 9/11.

So media and BBC, if you do ever feel a little uncomfortable about whipping up masses of enraged anti-Jew mobs in London, Paris, and throughout Europe and the Western world, how about a bit of proportionality.
Just dispatch a few hundred film crews over to Iraq, Syria, Nigeria, Sudan and Tweet, Tweet Tweet.