“No Palestinian will believe that”

If the global, Islam-fuelled turbulence surrounding us hasn’t opened the eyes of the BBC’s reporters, particularly the one recently billeted in Baghdad, what hope is there that the average liberal, multicultural TV viewer residing in the UK will ever open theirs? 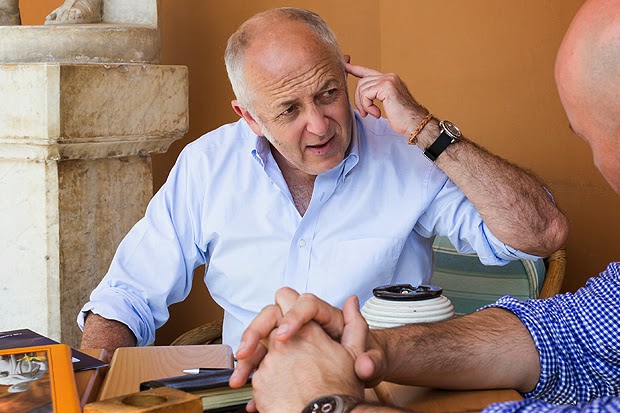 How will the paying public get a balanced picture of the current Hamas/Israel crisis, while the BBC’s reporting remains hobbled within the limiting editorship of Jeremy Bowen? The longer the violence continues the more the Bowen-approved reportage deteriorates into a bottomless pit of injured Palestinian civilians, context-free and divisive.

The BBC is lumbered with him. As the BBC’s Middle East editor he’s supposed to be their senior, most up-to-date specialist in Middle Eastern affairs, a role that carries a big responsibility. Jeremy Bowen seems old fashioned, lagging behind contemporary thinking, and he’s tainted by his own personal history.
His protégé Yolande Knell seems equally partial. Since she’s been in Gaza she appears to have gone native, her pronunciation is full-on local and she gives off a whiff - an air - of  visceral disdain for the Jewish state.
At the moment the BBC, with Bowen at the helm, is reduced to wallowing in images of war. It’s evident that they’re stuck for ideas. They’ve concluded that background and context are superfluous to lashings of copious heart-rending, blood-spattered hospital footage.
Dead Palestinians represent a crucial propaganda victory for the nihilists of Hamas.

As long as Hamas keeps the images of dead and injured children coming, Jeremy Bowen and his team do their bit to hasten impassioned calls for a unilateral Israeli ceasefire on humanitarian grounds.
Everyone wants an immediate ceasefire, apart from Hamas and Israel. Israel want it very much too, but needs the ceasefire to be long-lasting and permanent, and not just another breathing space for Hamas to consolidate and re-arm. Hamas appears content to create martyrs indefinitely.

Continuing the hostilities doesn’t suit Israel. It’s costly to Israel in all senses. Hamas should simply stop the violence and concentrate on establishing the state the Palestinians say they want. Is Jeremy Bowen the only one who doesn’t know why they don’t do this?

Which is the side that doesn’t care about loss of life? Not Israel. They care very much.
Who glorifies martyrdom? Not the Israelis. They love life.

Jeremy Bowen says: “The Israelis say they do what they can to avoid killing civilians, but no Palestinian will believe that.” If you say so, Mr editor in chief.

The BBC interviews someone from Oxfam. Oxfam is partisan. According to Oxfam the proportion of civilians killed and injured far exceeds that of ‘militants’. They have the figures from Palestinian sources and the UN. Before issuing accurate statistics the IDF waits till the names are released and can be identified properly, either as members of Hamas or innocent civilians

The number of women and children killed and injured is very disturbing, and for the BBC to conceal the fact that some innocent Palestinians have been deliberately put in harm’s way clouds the issue and makes Israel look inhumane; exactly as Hamas intends.

A youthful, trendily bespectacled Palestinian speaker is consulted for BBC News 24.“Why doesn’t Hamas stop firing rockets at Israel?” asks the BBC News 24 anchor (Sophie Long, I think) for openers.  The young fellow parrots the words of Manuel Hassassian.
“We first have to address the core issue,” says he. “Why is Israel occupying Palestinian lands? Why doesn’t Israel go back to its pre 1967 borders? Why does Israel impose a blockade on Gaza?”


I think the answer is already there in the original question, but the lady is too ‘nice’ to say so.
Posted by sue at 20:32