Preface to a study 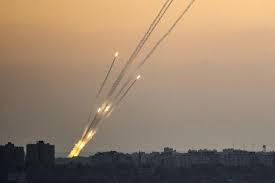 One of the frustrating things about answering the question 'Is the BBC biased?' is that, however long you may blog about it, providing anecdotal evidence by the bucketful over many years and finding that people who agree with you agree with you, is that huge numbers of people don't agree with you - or don't even care about the issue.

That's why I always hoped (with hope in my heart) that statistical evidence (like counting interruptions) would help win over some of the unconverted - the guiding principle behind my 2009-10 blog. (I think I succeeded there, but the BBC didn't agree.)

I still think such an approach could have an impact (though I've not exactly exerted myself much on that front recently it has to be said).

Unfortunately though (for those who think like us, vis a vis the BBC), the statistically-minded bias hunters/debunkers who agree with me about the value of stats tend to lie on the Left, and that's why much of our efforts can be derailed by a well-publicised (sometimes BBC-funded) academic study which uses statistics, like that (deeply dubious) Cardiff University report from Mike Berry & Co. and which "finds" that the BBC is biased in favour of, say, the Conservatives, Eurosceptics and business. That survey, you may remember, delighted the likes of Owen Jones, many a Guardian/New Statesmen reader, and  the Twitterati - and it probably delighted the BBC too, on the 'if we're seen to be getting flak from both sides, then people will assume we must be getting it about right' principle! It didn't delight many on the Right, however.

Then there's Mike Berry's friend Greg Philo from the Glasgow Media Group, ready to produce statistically-backed reports "proving" that the BBC is pro-Israel by a margin of 2:1. I've never come across his previous efforts, but he's apparently working on the current BBC coverage too - and I think we can guess in advance what he'll "find".

The thing is, though, that no one who doesn't want to believe them will believe them any more that they believed my interruption statistics or everyone else's anecdotes - particularly if the bias hunter's own bias too obvious (eg. if the academics in question also happen to be public far-left/anti-Israel activists.) The ad hom fallacy may be a fallacy but it's not always wrong, and confirmation bias is very real indeed.

But, nonetheless, that Cardiff Uni study got a lot of coverage.

I remind you of all this (yet again), because I'm going to do what such reports don't do. I'm going to dump all the raw material I intend to use to analyse the BBC's coverage of the Israel-Hamas conflict (over a three-week period) in the post directly below this one.

I wanted to record it all just in case the likes of Greg Philo, Mike Berry or the Media Lens/Electronic Intifada crowd start producing literally incredible stats and claims about the BBC's coverage - and because they should not be allowed to have all the raw material at their fingertips.

Make no mistake about it, they will be doing something similar - except that they won't publish the raw material either in advance or on publication, merely present their results and the conclusions they draw from it. I hate it when people do that.

Similarly, the BBC will be doing something similar - and they won't be publishing any of it (even if you go after them through FoI requests).

What you'll see here is a regular sampling of BBC news bulletins from 7th July-27 July (inclusive), transcribing every Israel-Gaza-related report in full from four bulletins at specific times each day (84 bulletins in all).

While I'm analysing it over the coming weeks, you might want to do your own analysis and think of ways of assessing whether it shows bias or not. What questions should be looked at? What would prove (or disprove) bias?

Initial ideas might be: How many quote Israeli sources, how many Palestinian sources? How many cite casualty figures from 'health officials in Gaza'? How many mention 'human shields'? How many come from Israel, how many from Gaza?

Anyone may feel free to use anything they like from the post below.
Posted by Craig at 20:04