Is the BBC's Gaza reporting biased and naive? 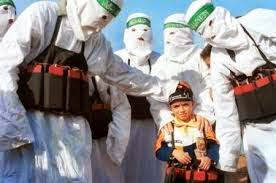 That said - and before I shut up for a while about the subject (and return to things like pygmy boa constrictors), I would like to recommend a piece by Jonathan Foreman from Breitbart London, THE BBC'S GAZA REPORTING IS BIASED AND NAIVE. (No question mark in that title!)

Over the last week BBC news bulletins have, inevitably, led with the Gaza war. This might seem like an obvious, rational choice, although of course it was also the worst week of the last three years in the Syrian war, with at least 1,700 deaths. Still it is fair enough for the BBC to have decided that war and death in Gaza are more important than war and death a few hundred miles to the North.

Well, yes, Syria and Iraq have seen much higher deaths totals than what we've seen in Gaza but the BBC's focus has been firmly on Israel, with hordes of BBC journalists piling in to report the conflict. Syria and Iraq have been neglected as a result. Now, the BBC has - to be fair to it - given Iraq and Syria ample coverage over time, and all credit to their reporters for braving those countries, but the sheer number of BBC reporters descending on Israel and Gaza has been extraordinary (including many of the BBC's star reporters, dropping by, doing their thing, and leaving).

I think Jonathan's explanation for this phenomenon is true:

The Syrian war story is relentless and complicated with villains everywhere you look; these days, anyway, it would be hard to present it as a compelling David and Goliath narrative. Even more important, it is difficult and lethally dangerous to report. The latter seems not to be the case in Gaza – which itself may say something about the reality of the conflict there, as opposed to the rhetoric of massive bombardments and massacres.

That last point is a telling one, isn't it? I've not heard it made before. Another explanation I can imagine people making - such as that the present Israel/Palestinian conflict could inflame the region/the world and, thus, is of especial importance - doesn't seem to hold water. The Syrian and Iraqi conflicts are surely vastly more dangerous and destabilising at the moment.

[I am, of course, fully aware that it may seem a bit rich for us to be criticising the BBC for being fixated on Operation Protective Edge, but we are a two-man/woman, unfunded blog and we can fixate on anything we fancy fixating on, whether that be Israel or  pygmy boa constrictors (the subject of my next twenty posts).]

Our study of three week's worth of BBC Radio 4 news bulletins will confirm or deny the following:

What strikes me as less rational and more peculiar is the way the BBC’s news bulletins about the casualties of the war do not distinguish between Palestinian combatants and Palestinian victims, yet always do that for the Israeli side: Each bulletin begins with the datum that 1,000 (say) Palestinians have died and 40 (say) Israelis have died, all of whom were soldiers apart from (say) three civilians.

The implication of course, whether deliberate or not, is that all the Palestinian deaths are civilian.

Now, having transcribed scores of BBC bulletins, I have to say that "Each bulletin begins with the datum...." is an exaggeration, but that datum does appear in a large number of bulletins (exactly how many to be confirmed soon) and there have been many bulletins where precisely what Jonathan says happens happens - in fact (as a result of our study) I can now quote them verbatim:

According to the Health Ministry in Gaza, the total number of Palestinian dead has risen to 425 since the offensive began nearly two weeks ago. 20 Israelis have been killed, including two civilians. (6 O'Clock News, 20/7)

According to the Health Ministry in Gaza, nearly 90 Palestinians were killed throughout the day across the territory, taking the total number of dead to 425. 20 Israelis have been killed, including two civilians, during the 13 days of the offensive. (Westminster Hour, 20/7)

Officials in Gaza say that over 500 Palestinians have been killed since Israel launched its offensive two weeks ago. 20 Israelis - 18 of them soldiers - have died. (Today, 21/7)

Palestinian health officials say 550 people have been killed in Gaza since the Israeli offensive began two weeks ago. The total includes five people killed in a hospital today by shells from an Israeli tank. The Israeli military says seven of its soldiers have died in the last 24 hours, bringing the total killed to 25, plus two civilians. (The World Tonight, 21/7)

The Health Ministry in Gaza says that more than 600 Palestinians have now been killed as Israel continues its bombardment of the territory. 29 Israelis, most of them soldiers, have been killed.  (The World at One, 22/7)

The conflict in Gaza, which began earlier this month, has now claimed more than 800 Palestinian lives. 32 Israeli soldiers and three civilians have died. (Today, 25/7)

...a conflict that has cost the lives of more than 800 Palestinians and some 40 Israelis, most of them soldiers (Today, 26/7)

More than one thousand Palestinians have been killed since the current conflict began. Over 40 Israelis, most of them soldiers, have also died. (10 O'Clock News, 26/7)

...taking the total number of deaths since the start of Israel's offensive three weeks ago to more than 1030. On the Israeli side 46 people have been killed, most of them soldiers (Westminster Hour 27/7)

I think that proves his point.

The same claim was made, sometimes explicitly rather than implicitly, in the last Gaza war. Afterwards it turned out – and this was confirmed by the Hamas leadership - that more than two thirds of the Palestinian dead in 2009 were in fact Hamas fighters. (That is actually unusually high ratio of combatants to non-combatant deaths for modern urban warfare.)
Of course it could be different this time.

One BBC radio report on Sunday, did finally make a distinction between Gazan civilians and fighters: it said “more than a 1000 Palestinians have died, mostly civilians.” It is odd that the BBC is so sure, yet so vague.

I was going to say that that "finally" is unfair (as I heard it - and transcribed it - in some reports), but I've just looked back and that formulation first appears in the newsreader's commentary [which is what he means] on Saturday 26/7 (near enough to Sunday 27/7 to prove Jonathan's point) - as you can see for yourselves here).

Jonathan then goes on to make a very valid point (in my opinion):

If even rough estimates were available then the normal thing would be to give those estimates, or at least to quote someone in a position to know, no matter how parti pris. The bulletins could then say that Hamas or a local NGO “says that most of the casualties are civilian”; instead they repeat a flat unsupported assertion, one that, for all the audience knows, could be based on the general consensus among the hacks in the hotel bar.

Then there is the problem of the numbers themselves. Where do they come from? According to most of the BBC reports casualty numbers come from Gaza’s health authorities, ie the Hamas regime’s equivalent of a ministry of health.

Obviously no one appointed by a Hamas ministry to speak to the press would deliberately tell an untruth just to help the cause. Or at least that seems to be the assumption of Jeremy Bowen and his BBC colleagues. They take on faith not only the numbers that they are given but also the assertion that all or most of the dead are civilians.

The peculiar decision not to query these statistics even a little bit or just to qualify them with a “says” is not necessarily, or a least not in every case, a product of political bias or passionate commitment to the anti-Israel cause. It may also reflect a selective naivety and skepticism that is all too common in a great deal of foreign reporting.

In all the many hours I spent transcribing these news reports, I know for a fact that I did not hear scepticism about these figures from the BBC - and there was never a mention that these figures came from a Hamas-run health ministry (even following the power-sharing deal).

One thought that has kept hitting me in the past three weeks is that the BBC should have used some form of words to suggest that these figures for Palestinian civilian casualties haven't been independently confirmed by the BBC. (Orla Guerin claimed in response to CiF Watch's tweets today that the BBC did verify the figures. Excuse my scepticism about that, Orla).

Jonathan Foreman speculation that, being good middle-class Brits, BBC reporters are inclined to believe doctors (unlike army spokesmen), is interesting - and you'll have to read his own account to see why it's a credible speculation.

He ends with talk of "useful idiots", which (however valid) always puts me off, smelling (as it does) of ranters and ranting, but up till that point he hadn't ranted at all and had, in fact, been pleasingly reasonable, so this final rhetorical flourish is completely forgivable - especially given how well-grounded his previous points had been.