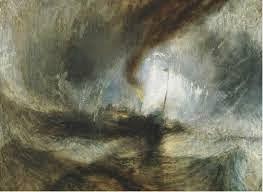 I think I can speak for Sue as well as myself in saying that things are rather depressing at the moment...

....what with some Muslim version of the Khmer Rouge in Iraq and Syria pronouncing genocidal edicts on anyone who doesn't share their expensive-Rolex-watch-wearing Caliph's Islamic faith, and what with supporters of that self-same Caliph coming from (and doubtless soon returning to) our very own shores; and with parts of North Africa falling apart; with tidal waves of deserving refugees fleeing towards our shores (or begging to be allowed to flee to our shores); with Afghanistan and Pakistan continuing to teeter on the precipice; with the shooting down of airliners and the threat of international conflict returning over Ukraine; with China's increasing aggressive foreign policy (towards its neighbours); with South Sudan falling into chaos and Kenya reeling from terrorist attack after terrorist attack; and with rallies around Europe (including Britain) witnessing the hoisting Palestinian, Iranian and Hezbollah flags in protest against Israel, and with gross anti-Semitism spreading from Europe into Britain...

Still, mustn't grumble (to be read in the voice of Eric Idle from Life of Brian).

Few people seem to pay much attention to us (and I don't mean just us) any more though. Maybe the days of blogging are passing, and giving way to...

Watching the recent Gaza conflict closely, it's struck me very forcibly that Twitter and Facebook have been powerful tools in the battle of opinions (for good or for ill).

Some (like Paul Mason) claim they've been more influential than the mainstream media (TV, newspapers, radio), but I don't believe that's yet the case.

Most people still seem to get their news from mainstream media organisations like the BBC (including their internet versions) and many of the most influential tweets link to articles on mainstream media websites. (Few, it has to be said, seem to link to blogs though).

Still, the Twittersphere certainly has challenged the mainstream media, which is doubtless why the latter are trying so hard to be a part of the former.

The BBC's own blogs are dying, but the BBC's presence on Twitter is increasing at the speed of light. Tweets from the likes of, say, Jon Donnison are no longer minor by-ways in the BBC's reporting. Major stories are being 'broken' on Twitter these days, even by BBC reporters, and some are having a significant impact.

That is perhaps why those who campaign against BBC bias seem to score the most decisive goals through Twitter (or YouTube even) rather than through blogging - if they haven't got a platform on a major mainstream media website. Biased BBC's DB, for example, has scored his hits through Twitter. The best, it seems, that blogs like ours and BBC Watch can manage (through blogging rather than through tweeting) is to prompt a correction here or a broadening of the BBC guest-list there -  i.e. minor victories.

Except, of course, that blogs do a great job in talking to those who agree with them, mutually reinforcing each other's beliefs and (if necessary) vigorously fending off those who don't agree with us (even if - when you stand back and look - they are nothing but irritants). They act like private members clubs, even if the 'members' firmly believe themselves to be speaking for 'most people'.

Plus, a smallish but highly motivated group of internet campaigners can achieve results, if they really try and really try to reach out beyond themselves.

However - and this is a genuine question: Do you know any blogs (of this kind) that are presently changing the outlook of 'non-members'? That are persuading the non-converted? Or are they all preaching to the converted?

Indeed, do m/any non-converted non-members actually read blogs like this - or Biased BBC, or BBC Watch, or Media Lens, or Electronic Intifada?

On Twitter, in contrast, it's very hard to avoid reading things you don't already believe.

Khalid from Down the Line is on Line 3, apparently. Oh, put him through then. What are you saying, Khalid?

The tale end of Hurricane Bertha is just hitting us here in Morecambe - the storm without matching the storm within (and storm across the world), perhaps. Non literally-speaking.
Posted by Craig at 19:52