Before Hamas Gaza was free

The stealth edits that the BBC have made to its online report about the civilian casualty figures in Gaza have been examined by Hadar at BBCWatch.

“Nonetheless, if the Israeli attacks have been “indiscriminate”, as the UN Human Rights Council says, it is hard to work out why they have killed so many more civilian men than women.”

That’s how Anthony Reuben’s findings were reported in the original version. Instead, it now reads:

“Nonetheless, the proportion of civilian men over 18 killed seems high and it is not immediately obvious why.”

Someone at the BBC decided to substitute Anthony Reuben’s words for the amended version ‘and it’s not immediately obvious’ why.

Not immediately obvious maybe, but if anyone happened to notice the change, they might speculate. Perhaps they’d hazard a guess, for example, that the original version impliedly cast doubt upon the veracity of the UN’s accusation that Israel’s attacks were “indiscriminate”, scare quotes and all.

Someone at the BBC had gone to the trouble of seeking out a bespoke speculation from an expert from the war studies department at King’s College London. Someone named Jana Krause came up with the following:

“A potential explanation other than combatant roles could be that families expect them to be the first ones to leave shelters in order to care for hurt relatives, gather information, look after abandoned family homes or arrange food and water."
“Similar to combatant roles, these would be ‘high-risk’ social roles that young men are often expected to fulfill.”    She stressed that more work would be needed on the ground to determine why this group was over-represented in the casualty figures.“Men of this age may also be mistaken for fighters because they fit the age profile.”

I wonder if too much war studies has gone to her head. Has she forgotten which ‘war’ she was speculating about?  Her concluding speculation just begs to be inverted, thusly:
“If they fit the age profile, fighters of this age may also be mistaken for civilians”

Lyse Doucet has been dealing with hostile Tweets about these figures, from both sides.  I have to say that Lyse has dealt with them all with stoicism and courtesy, even when confronted with as much disrespect as 140 characters can muster.  Needless to say the nasty ones are from Israel-bashers. These people don’t give a hoot about accuracy. All they’re concerned about is calling Israel “Isra-hell” and using terms like “massacre” and “genocide”

This brings me to Douglas Murray. His article in Gatesone is hard-hitting. He tackles what he believes is a widespread misunderstanding about modern-day antisemitism. It’s an important article because it addresses concerns that many of us have, but know that if they’re voiced in polite society they will bring about instant accusations of Islamophobia. Not that people care so much about that accusation these days. Which brings to mind the openness, in the light of “Gaza”,  with which people are now happily admitting to their own antisemitism. Out and proud, as they say.

“This of course makes the challenge vastly bigger than many people may have thought. The problem is that a whole generation -- perhaps several -- has been taught to hate. What is notable, though, is that in a country such as Britain, most Muslims are descended from the Indian sub-continent. What is "Palestine" to them? It should have been nothing, or at least no more concern of theirs than anywhere else. But they do care differently about it. Perhaps it is part of the anti-Semitism that one British Muslim recently admitted to being "rife" and "the dirty little secret" among British Muslims.”

Of course being taught to hate is at the core of the whole Israel Palestine problem. If the Arabs had only accepted Israel in 1948 everyone in the region would very likely have prospered and none of this mess would have happened. 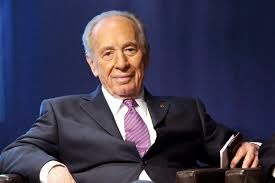 Which brings me to Shimon Peres this morning on the Today Programme. Unfortunately this item was not promoted. I daresay the BBC did not think it as important as an inconclusive discussion about whether or not children should be taught creativity, provided of course, that they are able to agree whether it is something that can be taught at all.

The Today programme website is atrocious. People like me, who are interested in  re-examining items we’ve heard on this ‘flagship’ programme no longer have the running order displayed in full. Also axed are those easily accessible individual listen-again clips we once had. Now we have to see if an item is featured on a wretched Twitter banner.

17 mins to 7. http://www.bbc.co.uk/programmes/b04d4jvw
Evan Davis:
"The BBC’s Middle East correspondent Wyre Davies has been talking to Mr. Peres, who told Wyre that he doesn’t believe Israel should go back into Gaza if the peace talks fail, but also that this government is not prepared to make compromises with Hamas."

Shimon Peres:
The terror is playing a major role all over the Middle East. It destroyed many countries and we are not one to agree to be destroyed because of the idea of having terror as a political instrument to solve problems.


We have nothing against the people, but none of us, neither the Palestinians nor us, can live with terror.
Look. We left Gaza willingly. Unilaterally. We took out the 22 settlements we had there, 8.000 settlers, by force. We handed over to the Palestinians a free, open Gaza, which has a beautiful strip of,   a beautiful beach. They could have developed it for tourism, for fishing, for agriculture.
We don’t understand, frankly, why are they fighting? What are they shooting? We left; what is the purpose? We want to be free? They are free!
We saw the people who demonstrated against us in London. I would like to ask them, what do you suggest? To agree to a terroristic state? Is that the answer? Is that the answer for the people in Gaza? The people in Gaza are not our enemies. Neither are we their enemies. We want them to be free. Hamas imposed itself upon them - not only the fight against us.

Wyre Davies:
But of course, those people who protested in London and in Paris and in other European capitals, they see, obviously, as you would describe, a terrorist organisation in Hamas, but they also see an Israeli blockade, they see Israeli restrictions around Gaza. Are these the kind of compromises the Netanyahu government has to make?

Shimon Peres:
No sir. When we left Gaza, Gaza was open. No restriction. No closure. Nothing  whatsoever. We helped them even to build new modern agriculture. We would like to see them a normal nation, living in peace, developing their country.

Wyre Davies:
Your position is clear. You obviously pursue peace but from a position of strength, so hopefully these talks in Cairo between the Egyptians and Hamas or the Palestinian groups and Israel will achieve something, if they break down, if the ceasefire breaks down, would you wholeheartedly support the Netanyahu government if it were to send the army back into Gaza to finish the job?

Shimon Peres:
No I don’t think it will be necessary and I think we should look for a better solution than that. We don’t want to raise the flames. We don’t want to increase the number of victims. Who wants it?