Following Prayer for the Day came Farming Today - another daily staple of the Radio 4 schedule. The BBC is sometimes accused of having a metropolitan, anti-farmer bias, so having this as a regular part of its day is an important gesture (even if it is scheduled at 5.45am).

Does the programme itself, however, show a metropolitan, anti-farmer bias in its concerns?

The first subject was land access, specifically the tension between the public's rights over footpath use in the countryside and farmers' needs to protect their crops and livestock. This is an issue that matters to townies and countryfolk, of course. Presenter Caz Graham talked to Paul Johnson of the rural affairs quango Natural England, who said that there are well over 100,000 miles of footpaths and bridleways in England, plus over 2 million acres of open access land such as commons, heaths and downs where people can wander more widely. (The latter rights are more recent, while the former tend to be rooted in history.) Local authorities and the Highway Authority are responsible for maintaining the footpaths and bridleways in their area. Farmers' responsibilities are to avoid doing anything that will obstruct the path, such as ensuring that crops (such as overhanging trees) don't infringe upon them. Farmers are also responsible for the upkeep of styles, though they may receive help from the Highway Authority in that respect. As for the public, if they stick to the Countryside Code (keeping dogs under control, shutting gates after them, not parking in front of gates, etc) then little conflict should arise, he said. 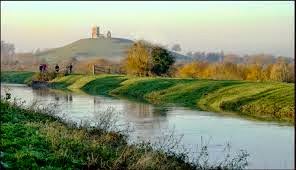 The next item returned to a subject of the flooding in Somerset. Since March more than 100,000 tons of silt have been removed from two rivers in Somerset (the Tone and the Parrett) as part of the dredging work carried out after last winter's disastrous floods. The project is now over half complete. The silt has been used to fertilise fields and to reinforce floodbanks. A BBC Somerset reporter, Will Richards, went to watch the dredging in action and talked to the contractor, the aptly-named Bill Gush. Mr Gush said the company are working off 1960s profiles given to them by the Environment Agency which are programmed into a small computer screen inside their excavators, thus enabling them to remove the right amount of earth and silt. Then Caz Graham talked to a pro-dredging campaigner, Gavin Sadler, whose rare breeds poultry business was ruined by the floods, and who has been unable to live on his farm since last February. Mr Sadler said that they get weekly bulletins updating them on how well the dredging is going and that 31st October is the date the dredging is meant to be finished by. With still just under half of the work to go in just two months, he's a bit concerned, given that we will be entering flooding season again soon. He is impressed at the work being done though and feels happier going into this winter as a result. 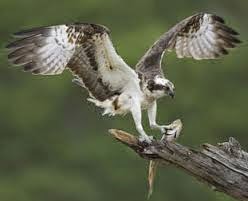 Next ospreys (a move away from specific farming issues onto more general nature matters). Caz introduced this item by saying that the Victorians' passion for having stuffed ospreys in their drawing rooms was part of the reason why they became extinct as breeding birds in England from 1840. (That date, however, suggests to me that the Georgians were the real guilty party). Ospreys were re-introduced to England in 2001 and there are around a dozen breeding pairs in England now. Caz went to a reserve in south Cumbria where some chicks have hatched this year alongside another chap from Natural England, Rob Petley-Jones. Rob said that the parent birds are a young pair, and showed their inexperience last year by trying to a build a nest on top of an electricity pylon. ("That wasn't really a nest, more a bundle of sticks and it didn't last the winter.") Electricity North West funded the construction of an artificial platform on the nature reserve, which Natural England had up by the end of March. Within ten days, the ospreys starting building a nest on it. Mr Petley-Jones was eloquent about the birds:

It's a very large bird of prey. It's basically brown on top but when you see it flying over it's got this wonderful patterned underwing, and they have this fantastic head pattern that almost looks like a bandit, as if they've got a Lone Ranger mask on. And they're very distinctive. All their patterns on their heads are unique, so we can tell individuals just from what they look like.

When you see an osprey fishing it's one of the most spectacular things in the world - an osprey dropping 30 metres out of the sky, feet-first, into the water and then struggling out of the water with this vast fish.

When birds come into the nest, it's a very dramatic approach. They'll come in behind and then swoop up and then do a little bit of a stall above the nest and then drop gently onto the nest. And when they've got a big fish in their talons it's really very spectacular. There's very little more dramatic in British wildlife I think than seeing an osprey coming to the nest with a fish. 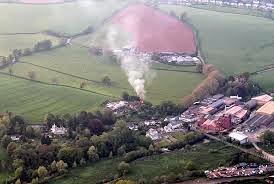 Finally, it was back to farmers' concerns and research from Farmers Weekly showing that 2014 has been a particularly bad year for farm fires. The amount such fires are costing the farming industry has risen by £6 million over the last three years, standing at £50 million last year - which is more than rural crime costs farming businesses. Caz Graham interviewed the magazine's contents editor, Isabel Davies who said they'd spoken to 16 fire services across England who reported 300 farm incidents since 1st June this year. Shropshire, South Yorkshire and Kent have been worst effected. They range from crops being set on fire to machinery and buildings. Some are accidental, some deliberate (including arson). This year's dry July also seems to have been a factor. Quite startling stuff.

Actually, I think this edition of Farming Today was far from unsympathetic to farmers and didn't give any impression of metropolitan bias. Plus it was very interesting.
Posted by Craig at 08:45