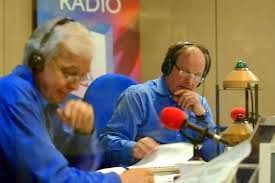 Though they may fluctuate, the listening figures for Radio 4's Today lie somewhere around the seven million mark, which is a substantial audience (in the UK). Of course, many people just dip into it for a few minutes each day (as, for example, I do while I'm driving to work) but I can well imagine that a substantial number of listeners hear a good portion of it quite often.

Lots of people must enjoy listening to it then. (Its audience can't just consist of Beeb-hating, bias-hunting bloggers after all!). Why is that?

Presumably, part of it must be that many people like the presenters. They are a mixed bunch, personality-wise, and have contrasting ways of interviewing [though they do all like to interrupt].

They seem to come in pairs: John is the Grumpy Old Man of Today; Jim, his slightly pompous sidekick. Sarah is of the 'Jolly Hockey Sticks!' variety, while Mishal is an ice maiden. Justin is so laid-back it's a wonder he doesn't keep falling off his chair, while Evan is his polar opposite - hyper and giggly.

The Today style of interviewing can be aggressive. Though party politics is something of a minority sport in Britain, there's more than enough people out there in Radio 4 Land who love hearing a good ding-dong debate about politics whilst eating their morning toast. Today listeners don't appear to be among the fainthearts (the sort of people who keep telling pollsters they dislike 'yah-boo!' politics.) No, they love a good political scrap - and Today is only too happy to give them them.

Radio 4 listeners also like being informed about the news and, listening to this morning's edition, I was struck by how much they covered in two hours:

It's a decent mix of major foreign stories and more local stories, with lighter touches thrown in for good measure - surely another part of the programme's enduring appeal.

I have to say I enjoyed listening to it, pretty much from start to finish. I don't think there was one item that didn't interest me (even including Thought for the Day, which made me smile). 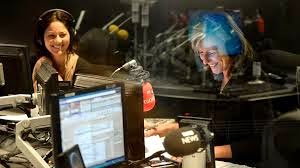 Ah, but...it's OK for me and seven million other people to have enjoyed listening to it but, I hear you cry, "What about the bias? Stop telling us how much you enjoyed it (cos we hate it), and tell us why it's biased!"

Well, I don't think there can be too many complaints about that in terms of story selection. Iraq, Ukraine and the faltering of the Eurozone are obviously right choices, as (more locally) are the salmonella outbreak, the police's handing of Cliff's arrest, the police and crime commissioner by-election (and the attendant issue of PCCs) and the intriguing question of why university admissions in England are so much easier this year. The Mount Snowdon feature was an interesting one too - and the issues behind it germane to anyone (generally-speaking). I note that a few cybernats took to Twitter to complain that the Scottish referendum debate isn't a laughing matter (re the closing discussion) and that bringing jokes into it proves #bbcbias, but that's rather silly.

The 'Jihadis on Twitter' feature and the Gaza ads controversies are more open to question.  The latter involved two separate stories: (1) the Jewish Chronicle apologising to its readers for featuring the DEC's Gaza appeal and 2: Oxfam's campaign against 'Israel's blockade of Gaza'. Quite why the JC's apology was the third-placed story on this morning's BBC news bulletins though puzzles me. (Neither the Sky nor ITV News websites gave any such prominence to it). It could be put down to the BBC's Gaza obsession. The 'Jihadis on Twitter' story also provoked a little Twitter comment accusing the BBC of giving monstrous jihadis the oxygen of publicity, but the issue has been debated all over the place this week and I don't think the BBC can be blamed for jumping on that bandwagon.

Where those two features fell down somewhat was on their guest selection and the tenor of Evan Davis's questioning.

The Gaza ads issue was discussed with Jack Lundie of Oxfam. Mr Lundie got to comment on the Jewish Chronicle story too and both he and Evan dismissed the concerns of JC reader about the featuring of that DEC Gaza appeal. Oxfam is part of the DEC. Now, Evan is to be credited for challenging Jack Lundie over Oxfam's highly political denunciation of Israel (and Egypt's) restrictions on Gaza but, it has to be said, his challenging was extremely mild and Mr Lundie was allowed to get away with simply denying that it was in any way political (merely a humanitarian matter). Robust interviewing it wasn't. (Jack Lundie, btw, was a BBC producer for several years before moving into the charity sector a few years back).

Similarly, the 'Jihadis on Twitter' feature interviewed Dr Afzal Ashraf, RUSI and BBC Arabic's Abdirahim Saeed. Both sang from a familiar BBC hymn-sheet (or whatever the Muslim equivalent of a hymn-sheet is) and Evan encouraged them to say it was nothing new under the sun, which they duly did, citing what they considered to be equivalent ancient Roman and imperial British and French uses of violent propaganda. I'd say, no, what the modern jihadis of IS are doing is something different. A terrorist group gleefully posting photos of beheadings and crucifixions on Twitter and Facebook to the entire world on this scale in order to exult in its own violence is something new and comparing past British and French actions to present IS atrocities is (to put it mildly) not helpful. (Evan Davis is very personable and clever but perhaps too lightweight when it comes to stories like this.)

On the whole though, the guest selection did show a concern for balance. The Eurozone debate featured Prof Peter Bofinger of the German Council of Experts and Prof Tim Congdon of the IEA, a former UKIP advisor. One's a Keynsian, the other a monetarist.  On the issue of arming the Kurds in Iraq, the guests were Sir William Patey, former UK ambassador to Iraq, who favours arming them, and Conservative MP John Baron, who doesn't. And, of course, the Scottish independence discussion featured a pro-independence comedian, Bruce Fummey, and an anti-independence one, Matt Ford. 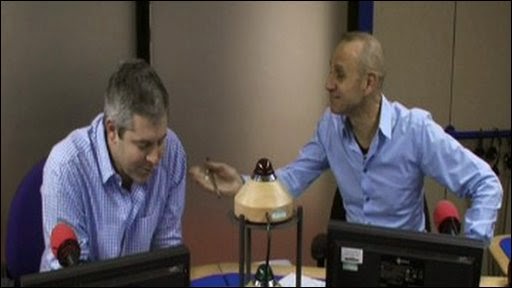 The report on the West Midlands Police and Crime Commissioner by-election did has a bit of a bias against the whole policy of police and crime commissioners in that reporter Dave McMullan noted all the negatives (a mere 12% turnout last time, the cost of £3.7 million to run this current by-election) and the lack of independents, but given the large-scale public indifference/hostility to the policy, that may be understandable. (I myself don't like that it's all party machine people taking part and that £3.7 million cost is just staggering). That said, the 'independent expert' was James Treadwell, a criminologist from the University of Birmingham. He's no fan of the policy (and hates the Tories and UKIP, as I saw by reading his Twitter feed. The vox pops were also 2-1 against. Still, we heard from three of the four candidates - Keith Rowe (UKIP), Les Jones (Conservative), and David Jamieson (Labour). The only one missing was the Lib Dem, who refused to be interviewed by the BBC in protest against their coverage of Gaza. His name? Ayoub Khan.

All in all then, this single edition of Today betrayed some of the BBC's usual problems, bias-wise, with regards to Israel and matters related to Muslims (domestic or foreign), but showed evidence of real attempts at balance elsewhere. That trend (of two halves) is one that I'm noticing more and more these days.

What I'm noticing is, of course, merely what I'm noticing. What I'm not noticing (at the risk of getting accused of sounding like Donald Rumsfeld) is something, well, I may not be noticing, if it's there. But that's an unknown unknown (as far as I'm concerned). So if anyone heard today's Today and heard some clear evidence of BBC bias that I missed or who disagrees with my points about bias and the 'Gaza ads' and 'Jihadis on Twitter' stories, please tell me know below. I always like reading a considered alternative take. (It does me good).
Posted by Craig at 19:10