Prayer for the Day 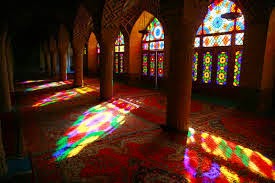 That forensic review of BBC Radio 4's output on Tuesday 26 August, which I envisioned in the previous post, would have to have begun somewhere and, as the yearning Christian atheist in me would want me to begin the day with a prayer, I would surely have had to have started it with Prayer for the Day - Radio 4's daily religious offering at 5.43am.

Thinking about it, Prayer for the Day is an intriguing BBC Radio 4 institution - as is Thought for the Day on the Today programme, the Daily Service (longwave only), Sunday Worship, and the ever-delightful Bells on Sunday.

As it's overwhelming Christian in its guest selection (like Thought for the Day), I'm guessing that the Polly Toynbee-like secularists of this world would be deeply agitated by it.

Yet still it persists in the Radio 4 schedule, and I'm glad about that.

The prayer came from Rev Mike Starkey, and the Rev Mike began with an interesting fact:

Twenty years ago today some pioneering surgery was carried out in the UK. The world’s first ever battery operated heart was fitted at Papworth Hospital in Cambridgeshire. Arthur Cornhill had only been given a few months to live. In a four-hour operation surgeons at Papworth fitted him with a ‘bionic’ heart pump made of titanium and plastic.

Channeling my inner Richard Dawkins, I thought, "That's interesting. Science and reason to the rescue!" (Actually, I didn't think any such thing. I've only just thought of that now. But I'm trying to think artfully, like a Thought for the Day speaker).

Rev Mike, however, is no Prof Robert Winston and his factoid didn't lead to further scientific insights. Instead, it served as a hop to allow him to skip and jump into matters literary and metaphorical - my better angel said, "Just like George Herbert", while that pesky devil on my other shoulder whispered, "In true 'Rowan Atkinson-style Anglican vicar' fashion":

Down the centuries the heart has become one of our most powerful metaphors. It represents our hopes and dreams, our likes and loves, our values and priorities. I say ‘hand on heart’ when I want to convince you I’m telling the truth. If I’m helping somebody make decisions I’ll ask them what their heart’s telling them. A broken heart means an end to something that seemed to promise love and fulfillment. When Tony Bennett left his heart in San Francisco we know what that meant: something deep about emotions and identity.

And, then also in 'Rowan' fashion (whether Atkinson or Williams), came the inevitable abrupt leap towards God:

Our love affair with the heart actually goes back thousands of years. In the Bible the heart represents our intellect, our feelings and our values, our innermost selves. The Bible writers encourage us to set our hearts on things that aren’t trivial or transient.

God is close to the brokenhearted. We’re told God wants to remove our hearts of stone and give us new hearts. And in 4th century north Africa, St Augustine wrote of our hearts being forever restless till they find their rest in God.

And finally came the prayer of the day itself:

Heavenly Father, at the beginning of this new day, examine my heart. If it’s been broken, I pray for healing. If it’s become hard I pray for softening. If it’s restless I pray I will find my rest in you. Amen.

Labels: 'Prayer for the Day'