So here's what happened on this week's edition of Sunday and my reactions to it:

It began with the issue of human trafficking, and the question: "Should businesses be legislated to ensure they take more of an active role in stopping human trafficking?" The Rev Steve Chalke [Sunday's Christian evangelical of choice] said "yes," that companies should be made more accountable for their involvement in the trade. He felt the government wasn't living up to its own pledges to tackle the issue firmly enough by failing to enshrine in law that companies will be held responsible if they are, in some way (what way exactly?) found to be involved. William Crawley invited him to spell things out in more concrete terms but Steve didn't take the bait and kept things pretty vague and ethical instead.

It's an excellent cause, and one that Sunday keeps doing its bit to promote, but Steve's naming of a specific company in one of whose trucks some trafficked people were found didn't exactly reassure me. Was that a one-off for that company? Was he saying that the company was knowingly involved in the trafficking? Could it not be that that one of that company's lorries was used without any knowledge on the company's part? And, if so, how is it right that they should be prosecuted for it? Just how would legislation help here? Steve Chalke's example didn't convince me that framing some piece of partly-thought-through legislation was necessarily a good idea. 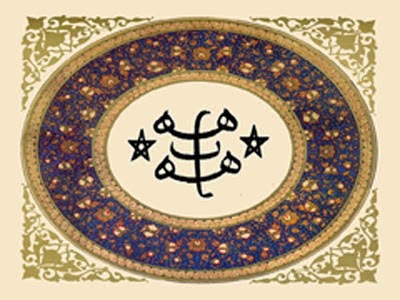 The persecution of Baha'is in Iran

Sunday also returned to the subject of the persecution of Baha'is in Iran. There's is a 170-year-old faith that has never been accepted in that country, and now the Iranian Revolutionary Guards are building a sports centre on a cemetery in the southern city of Shiraz which holds particular significance for them as it contains the graves of ten Baha'i women murdered by the Islamic Republic (in 1983) for refusing to convert to Islam. The city was also where the faith was founded in 1844.

William Crawley pointed out that - in contrast to high-profile, fast-moving persecutions of religious minorities in neighbouring Arab countries (especially in Syria and Iraq) - the slow-burning persecution of the Baha'is in theocratic Iran has had a very low profile. His interviewee, Dr Nazila Ghanea, associate professor of International Human Rights Law at Oxford University, thanked the programme for shining a spotlight on the issue. She told us that some of the disinterred bodies have already been thrown into a canal by the Revolutionary Guards and that the Guards publicly rejoiced in forcing their will on "this perverse sect".

We learned on a previous edition of the programme, there have been over 200 executions of Baha'i in post-revolution Iran. Nazila amplified the point here that there are employment bans against them, their kids are excluded from schools and universities, they are not allowed to work in the civil service, 700 of them have received prison sentences in the past ten years, and the state has destroyed the homes of both of the faith's founders. (To repeat myself here: Iran is an apartheid state, and what is its 'cuddly' president doing to prevent this? Has he spoken out against it?)

Nazila Ghanea did point out though that a decent number of Iranian academics, journalists and a prominent Iranian cleric - Ayatollah Tehrani - have expressed solidarity with the Baha'i:

There's a tremendous energy in civil society and solidarity that says, 'We will not accept this.' So this is kind of the reverse of what is happening in neighbouring countries. This is the government trying to instigate and perpetuate a persecution against all odds for more than 35 years and the Iranian people saying 'no' and they don't want to be part of this incitement and hatred.

It would be good to think this is true, but civil society in Iran has already proved itself to be powerless in the face of a determined regime and its brutal guardians. International pressure is still very much needed.

The riots in Ferguson, Missouri

It was refreshing, hearing the following interview with Bishop Larry Jones of the Greater Grace Church, St. Louis, to listen to someone who emphatically was not engaged in what David Vance at Biased BBC would call "race hustling". Pastor Jones came across as a very decent man, aware that there is a problem but seeking to resolve it rather than inflame it. His church has been a focal point for healing the wounds, holding a prayer meeting that involved the family of Michael Brown and the local police chief. He's convinced that most of the local police are well-intentioned, and denounced the rioters, saying their actions were not those of angry hotheads but involved highly deliberate and targetted looting, "like something a terrorist would do". When William Crawley raised the issue of the "overwhelmingly white local council" in Ferguson, Pastor Jones replied that "the citizens of the city need to go and vote". He also expressed his hope that the Rev Al Sharpton will not use his eulogy at Michael Brown's funeral to go down the political route but simply to give comfort to the family and bring the community together. 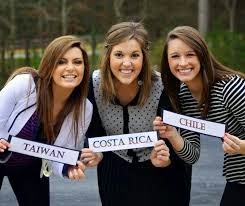 Next came a report from Jane Little about the Church of Jesus Christ of Latter Day Saints. She was given "a rare glimpse inside the church's busiest training centre in Utah". [About 36,000 are trained there each year]. The Mormons have recently lowered  the age at which men can become missionaries ('elders') to 18 and the age at which women can become missionaries ('sisters') to 19. Since that change some 30,000 more missionaries have joined their ranks. The world's doorbells are about to be rung even more.

Sunday's angle on this was a feminist one: Why is there still a disparity between the starting age for male and female missionaries, and why are women only allowed to serve for 18 months while men are allowed to serve for two years? Jane Little kept asking those questions and kept getting the same answer: "We don't know".

There were some interesting insights here, such as the fact that students have nine weeks to study a language like Mandarin before being sent to Taiwan (China still being off limits). During their mission (totally unpaid), they keep away from their families, aren't allowed to watch TV and mustn't drink alcohol. They are paired with members of their own sex only. Scripture, gym and many language classes form the bulk of the intense training. No one gets to choose what languages they learn or where they will be sent. They could be sent to Texas, Manchester or Papua New Guinea. (Bizarrely, just in case it's the latter, they all have to have their wisdom teeth removed. Presumably something to do with cannibals there?)

Is British Methodism on the verge of extinction?

William Crawley's introduction laid out the problem: A recent survey has revealed that the Methodist Church in the UK is "a Christian movement in steep decline", with a fall in membership of a third over the past decade, leaving just over 200,000 Methodists in total. The number of children attending services has more than halved over the past decade and the Church is aging rapidly.

Looking at the Methodist Church's own website puts this into context:

The issue was discussed with Sunday regular and Professor Linda Woodhead of Lancaster University and General Secretary of the Methodist Conference, Revd Dr Martyn Atkins.

Why the decline? Linda put it in the context of dramatic falls in all the historic British churches but said that, because the Methodist Church is smaller and has less resources than the Church of England, its in a tougher position. Plus the Church's membership is literally dying out and not being replaced. There was also speculation about whether the Church's unique brand - such as its concern with social action, its promotion of women and lay people - has been weakened by having been adopted so strongly by, say, the Church of England.

William Crawley was surprisingly aggressive here (for reasons that escape me).

The beatification of Archbishop Oscar Romero

Pope Francis has, according to William Crawley, "swept aside" lingering Vatican objections and confirmed that the process of beatification has begun for the murdered Salvadoran Archbishop Oscar Romero, killed by a right-wing death squad in 1980 whilst celebrating mass. Bob Walker noted that he had been an outspoken critic of those death squads, but also of the army and the left-wing guerrillas for their acts of extreme violence.

This latter point is important as Oscar Romero has become something of a cult figure on the internationally-minded Left - a kind of Sandinista-style Marxist-Christian of the 'liberation theology' variety, standing up for the poor, demanding that the country's wealth be shared with the poor, denouncing capitalism and being martyred for his troubles.

However, I was reading a very interesting take on Archbishop Romero at First Things magazine which suggests that a fair amount of projection might be going on from both his supporters and critics. This was the kind of radical priest who also condemned anti-US leftists for failing to condemn the Soviet invasion of Afghanistan, who called leftist guerrilla attacks "terrorist" and "seditious", and said of liberation theology, “Since Marxist materialism destroys the Church’s transcendent meaning, a Marxist church would be not only self-destructive but senseless”.

That's a very different side to the man than the one that's usually presented. The BBC News website recently described him as "one of the main proponents of Liberation Theology - an interpretation of Christian faith through the perspective of the poor" and presents him purely as a left-wing figure. [In that same article, the BBC's John McManus uses the phrase "Romero's Liberation Theology"].

First Things is a conservative Christian publication, however, so could be taken as a partial source (as indeed it is) but even one of the non-conservative vox pops in Bob Walker's report, Julian Filochowski, said that "He was certainly not a proponent of liberation theology". (Julian prefers to think of his beliefs as a "theology of the Beatitudes".

There's obviously more to Oscar Romero than meets the eye then.

The calls for Oscar Romero to be beatified have been aired on Sunday before, especially when the decision to beatify John Paul II was taken. As then, this report by Bob Walker gave us only the views of supporters of that cause. 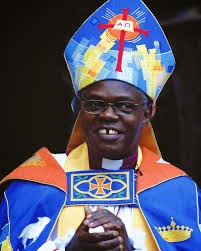 The Archbishop of York's prayer vigil for peace

From one "meddlesome archbishop" to another: Rt Rev John Sentamu, the Archbishop of York - someone who describes Oscar Romero as his "greatest hero".

He was interviewed by William Crawley about why he's begun a prayer vigil for peace. (It's the first time he has done such a vigil for many years.) He will be praying and fasting from 6am to 6pm for seven days. "Why now?", asked William Crawley.

The archbishop began by telling the story of his last prayer vigil, during the 2006 Lebanon-Israel war. He prayed for seven days and, after starting on Sunday, "by Monday all the fighting ceased". (He seems to believe there was a connection between those two things).

So why this time?:


So I'm doing it this time because there were pictures particularly which came out of Gaza where small children were near the seashore,  running away from where they saw violence was happening and then they were absolutely bombed and died and then, of course, if you look at more devastation, and then, of course, the kidnapping of the American journalist Foley again brought back memories of the BBC reporter Alan Johns[t]on when they kidnapped him in Gaza and we prayed day in and day out for his release.

The Archbishop has clearly been as fixated on Gaza as the BBC (and us, for that matter).
Posted by Craig at 11:25