You can see an example of the Palestinian approach to public relations in this video over at Elder of Ziyon. (wait for second video) Blunt questioning from a canny interviewer from ABC in Australia turned her interview with Mustafa Barghouti into a farce. Barghouti was dumbfounded by her forthright questioning. “When will Hamas stop firing rockets and inviting the wrath of Israel upon the Palestinian people? All he could do was splutter: “You’re asking the wrong question.”

We’ve heard the  same tactic,  (deflect, parry, attack the Israelis) so many times that you have to ask why the media bothers to invite these fellows to contribute.

At least it shows what they’re like, but sadly people who support them can’t see it or won’t admit it.

This morning Justin Webb spoke to Dore Gold who focused, in a largely positive manner, on the rehabilitation of the Palestinians in Gaza and the way forward in general. Justin mentioned the siege. Siege? No, it’s not a siege, said Dore Gold. (definition of siege) Goods get through to Gaza. Food, medicine etc; not equipment for terror or Iranian weapons, he said. 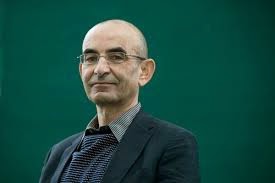 Raja Shehadeh, a recent guest on the BBC’s Desert island Discs, (15th June) spoke to Justin from Edinburgh. I expect he was at the festival promoting a book - one came out last April - and possibly helping to boycott the Israeli theatre company that the organisers felt they couldn’t afford to provide adequate security for. Because they were Israelis.

Shehadeh began, trudging a tediously familiar path. Turning everything backwards. Gaza is fully occupied, he asserted. The siege. The threat to the Palestinians.
Justin asked him repeatedly what he thinks is the way forward, but all he could say is that the Israelis are bad. He also made several questionable allegations, such as ‘when Israel pulled out of Gaza, the greenhouses were not smashed up, they were operational, but the Israelis stopped exports of the produce.

Everything Justin ventured Shehadeh turned the other way round. The Israeli government doesn’t want peace. “Fact” he said.
Wouldn’t the Palestinians be better off if they managed to persuade Hamas to accept Israel’s right to exist? wondered Justin.
In 2002 the entire Arab World agreed to recognise Israel, asserted Shehadeh and continued furiously defending Hamas.
What about the Charter? Hamas wants to kill civilians said Justin.
Hamas reacted to intolerable situation replied Shehadeh. Gaza is a Big Prison. The tunnels were only a pipeline.

I watched al Jazeera for a while to find out what was being said about the ceasefire and perhaps hear what they would say about the news that an Israeli soldier has been kidnapped.

Hamas spokesman and fantasist Osama Hamdan was being interviewed, I thought rather adversarially. He was the subject of HardTalk on July 10th. Zeinab Badawi asked a straightforward opening question: “Why doesn’t Hamas stop firing rockets at the Israelis?”
“The question you should be asking” he answered, “Is why don’t the Israelis stop attacking the Palestinians?”
There’s a pattern there I’d say. Hamdan was as evasive, even when addressing a broadly sympathetic audience on Al Jazeera. He pretended not to know about the Israeli soldier and accused Israel of violating the ceasefire. He also claimed that Hamas had not agreed to the conditions of the ceasefire.

The Al Jazeera anchor recounted events that led to the kidnap - a suicide bomber came from a tunnel that Israeli soldiers were in the process of decommissioning, and detonated. While the Israelis were attending to the injured more fighters emerged and made off with the soldier. 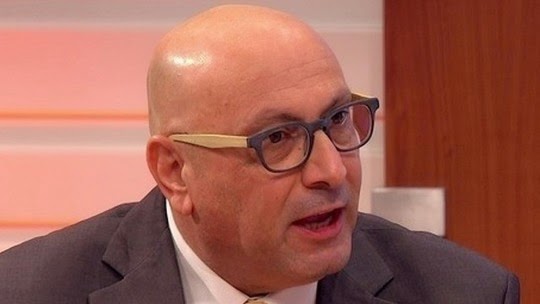 I turned to Sky. Adam Boulton was speaking to Manuel Hassassian, Palestinian Ambassador. He has the demeanour of someone in a permanent state of repressed fury.
He did exactly the same thing as all the other Palestinian spokespersons. Every question put to him was turned on its head. Israeli aggression was his preferred topic. Boulton seemed bemused. What can you do when someone is making statements that you know are patently - let’s say - the opposite of the actualité.

If the audience doesn’t see a pattern here I despair. I fear they won’t, and I do.