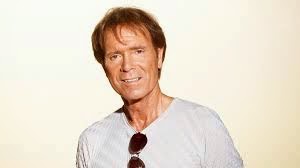 The strange affair of the BBC, the police and Sir Cliff Richard continues. According to The Independent:

In a statement, South Yorkshire Police reiterated that "at no point" had it leaked information, which has been confirmed publicly by the BBC.

On Friday Jonathan Munro, the BBC's head of news gathering, said there had been lots of questions about the original source of the story, tweeting: "We won't say who, but can confirm it was not South Yorks Police."

The force acknowledged that it did confirm to a reporter at the corporation the date of the search of Sir Cliff's house, but only because a BBC reporter had already contacted the force "some weeks ago" to say it knew about a planned investigation.

The force said it was "disappointing" that the BBC was slow to acknowledge that the force was not the source of the "leak".

South Yorkshire Police said: "The force was contacted some weeks ago by a BBC reporter who made it clear he knew of the existence of an investigation. It was clear he (was) in a position to publish it.

"The force was reluctant to co-operate but felt that to do otherwise would risk losing any potential evidence, so in the interests of the investigation it was agreed that the reporter would be notified of the date of the house search in return for delaying publication of any of the facts.

"Contrary to media reports, this decision was not taken in order to maximise publicity, it was taken to preserve any potential evidence."

The force added that it would now welcome an investigation into the original leak.

A BBC spokeswoman said: "A BBC journalist approached South Yorkshire Police with information about the investigation. The BBC agreed to follow normal journalistic practice and not to publish a story that might jeopardise a police inquiry."