Feeding Jews to the crocodiles

Austria’s foremost claim to fame may be that it is the birthplace of many major classical composers, but it also happens to be a well-known snake-pit of antisemitism.

It seems there is a Chechen problem in Austria in the shape of radicalised Muslim immigrants, some of whom are off to Syria for a first-hand dose of Jihad.

According to an analysis published by the newspaper Der Standard, Austria has emerged as a central hub for jihadists seeking to fight in Syria because Austria's geographic location provides easy access to land routes through the Balkans.

The current president of Austria is Heinz Fischer. Despite the problems associated with the domestic situation outlined above he thinks the solution to the current global and European problems is to denounce Israel. (Harry's Place)
What caught my eye was a below the line comment -
“ The Holocaust made sure that the Jews are no longer a force to reckon with in Europe.” It seems apparent that many a present-day politician is resorting to feeding the Jews to the crocodile, having forgotten that it will eat him last. It will eat him.

I’d just seen a comment on Conservative Home in response to the question, what shall we do with the drunken sailor? Or more precisely: "How should Britain counter the Islamic State group? Take our latest monthy (sic) survey"

Under the header “Some thoughts” A contributor offers the following suggestion (number 2 of a set of three.)

2. Cease to give the impression that we support Israel (99 % of British Muslims view our apparent preference for the Israelis with acute suspicion or worse) and instead work, by diplomatic means only, for to just Two State solution for Palestine.

A couple of commenters (2 out of 69) indicated that they were not happy about sacrificing the Jews ‘to placate the fifth column in our midst’, to which the original poster replied with an unpleasant remark to do with MPs displeasing Muslims by being ‘friends of Israel.

This brings to mind the advice that a former British Ambassador to Amman gave to Margaret Thatcher in the 1970s.

"It is presumably in the national interest to do what we can to counter Arab fears and suspicions that the leader of HM opposition is already a prisoner of the Zionists."

The gentleman in question is charming enough. I met him at a friend’s house. He has a great deal of admiration for Yassir Arafat and holds the kind of Arabist views that Oxbridge-FCO types imbibe from birth. With the exemplary manners of his ilk,  he held forth on the topic, undeterred by not being particularly au fait with the facts. (at least not of the ‘other’ side of the story) Self confidence carried him through.

I don’t think much has changed. 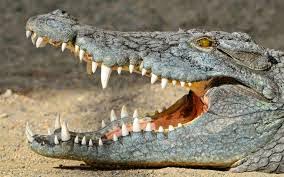 Slightly off topic, a thought about the Rotherham grooming inquiry that is dominating the headlines today.
The BBC is relaxing into a newfound freedom from the shackles of not-mentioning-the-racial-origin of the guilty men! It looks as though they’re really enjoying it.
It’s as if the news about ISIS has emboldened them or something. It’s ‘say what you like’ time.
“At last, we can say “men of British/Pakistani  origin” says the BBC. "And we can go to town on blaming the police and social services for sweeping the whole lot under the rug for fear of being thought racist.”
But they’ve forgotten that the BBC itself was just as bad, if not worse than the police and social services, at the business of turning a blind eye to racial profiling of any kind, lest they commit racism. The nearest was the sotto voce “Asian” but more often than not it was merely 'men.'
Perhaps if it weren’t for fear of the press and the BBC making a big deal out of allegations of institutional  racism, these institutions might have come out into the open long ago, saving children years of suffering.

So the long-term I/P ceasefire has been relegated to second place in the headline charts. I can’t wait to see how things pan out, BBC wise.

Matthew Parris wrote a ridiculous article in the Times (£) on Saturday. “Don’t lump all Muslims in the extremist camp.”
A few letters responding to it in today’s paper drew it to my attention. Matthew took some insulting Islamophobic Tweets and comments he’d read recently, and substituted “Jew” for “Muslim’ then said: “See? How d’you like that?” I think he was trying to make a point about Islamophobia.

Two glaring oversights Matthew. Firstly, as today’s letter writers observed, the Jews don’t behead, crucify or shoot each other, nor do they wish to establish a global caliphate, advocate the death penalty for apostasy or demand that we adapt this country to suit their many and varied religious practices. So your analogy or whatever it was meant to be was useless in an apples and pears kinda way. You might as well have used the term “Gays”. Equally sensitive and equally inappropriate. You could call it “Don’t lump all gays into being extremely camp”

The second one is, since you asked, well, Jews do get such insults and antisemitic remarks  all the time, from ignoramuses and antisemites, online and off, so your pseudo psychological experiment was ill-conceived and, really, quite offensive.
If he’s trying to shame Islamophobes by accusing them of ‘tarring all Muslims with the same brush’ I do wonder why a gay man would defend a group of people who use quite a broad brush themselves. ’They’ do tend to be institutionally ‘homophobic’.
He’s a bit like Robert Winston, who is fond of equating Jews and Muslims in an all encompassing gesture of politically correct wishful thinking.