A couple of Sundays ago, Radio 4's Sunday featured an interview with the Bishop of Manchester, David Walker, based on a letter he'd written to the Observer condemning the West's neglect of Christians in Iraq and calling for Britain to take some of them in, just as we did with the Ugandan Asians. He said that the anti-immigration mood in this country needed challenging.

Last week's edition of Sunday amplified that call by interviewing both Cardinal Nichols and Archbishop Welby on the subject in the wake of their endorsement of David Walker's views.

This week's edition of Sunday began by citing "a scathing attack" on David Cameron's handling of the Iraq crisis in a letter to the Observer by Sunday favourite, Nick Baines, the Bishop of Leeds. Bishop Nick condemned "the silence of the UK government" and its "failure to offer sanctuary".

As Nick Baines himself was unavailable, William Crawley interviewed David Walker, Bishop of Manchester again, making no mention of the fact that he'd been on two week's earlier.

"And you agree with him?" asked William, innocently. David Walker said, yes, he did agree with Nick Baines. He'd written his own letter to the Observer two weeks ago, he recalled. He wants the "resettling [of] a fair proportion of those displaced", saying they would be "assets to our society".

William Crawley said they'd asked Downing Street but there was no comment as yet (which, given that this was 7.15 on a Sunday morning, might not be entirely surprising).

This is the third week in a row now that Sunday has promoted this campaign by the Churches, with no opposing voices. This is beginning to look suspiciously like campaigning by Sunday itself.

Maybe they're right on this issue. Perhaps the United Kingdom should give a safe home to thousands (possibly many thousands) of Iraqi Christians (and Yazidis) in peril and they doubtless they would be a great asset to our society, but the majority of British people are uncomfortable with the very high levels of immigration we've undergone in the past decade-and-a-half and might have reasonable concerns about this, especially given the potential numbers. It's time for Sunday to make much more of an effort to reflect this fact.

That feature was a late edition to this week's Sunday running order which then proceeded as follows:


1. The UN has declared its highest level of emergency in Iraq as a humanitarian crisis follows the rapid advance by ISIS militants in the north of the country. Correspondent Caroline Wyatt reports on the situation facing tens of thousands of Christians taking refuge in Irbil.

2. We also hear the British Muslim response to the crisis....

This was an interview with Mustafa Field MBE of Faiths Forum for London following this past Friday's declaration by British Muslim leaders denouncing Islamic State.

[British Muslim have been accused on many forums of having helped a very low profile on the anti-Christian, anti-Yazidi, anti-any-other-religious-minority massacred in recent weeks - something William chose not to mention here].

Mr Field accused the group of "trying to hijack and misinterpret Islam". He said the denunciation had "unanimous support" and came about because some imams "felt they had to do something" to disassociate themselves from "an evil and brutal action done in the name of Islam". He talked about the many imams who've lost their lives in Iraq.

William Crawley then invited him to tell a personal story. He said that, back inn 1991-92, his parents took in a Yazidi woman who had come to the UK for cancer treatment. "Some family friends...felt uncomfortable" about having "a devil worshipper" living with them, he said. Unlike, say, Christians, Yazidis are still a bit of "a taboo".

And talking about Muslims...

3. A new theatre show set in the world of women's boxing is being staged at the Edinburgh Festival. 'No Guts, No Heart, No Glory' is based on the experiences of female Muslim boxers. We hear from the young women taking part and speak to the show's writer and producer Aisha Zia.

I spotted this story in the Guardian the other day and Woman's Hour has already covered it.

In the end this segment merely consisted of an interview with producer Aisha Zia. The show was sparked, she said, by meeting an hijab-wearing Muslim woman with eleven children from Bradford who started boxing to keep fit. She agreed with William Crawley that "it's always a negative story" about Muslims that we hear but this was an attempt to show something "positive" instead [the theatre show rather than this Sunday segment...though come to think of it...]

William Crawley asked her if female boxers faced opposition from Muslim men. She said that she'd spoken to three or four imams and they were all fine with it.

4. Pope Francis has made it clear that the Vatican regards Asia as a priority, as it seeks to offset dwindling Catholic numbers in Europe. David Willey reports from South Korea as the Pontiff continues his five day visit to the country.

As outlined in last week's post, Catholicism is growing faster in South Korea than anywhere in Asia, leaping from 2% in the 1970s to 11% now. Unusually, Korean intellectuals first established it there without the help of European missionaries back in the 18th Century.

David Willey's report began at an anti-government protest and his first interviewee was with a peace activist concerned about the "marginalised" and the poor. He also discussed the issue of Korean "comfort women", used as sex slaves by the Japanese during the war. Few survivors are still alive but there are demos every week in front of the Japanese embassy on their behalf. 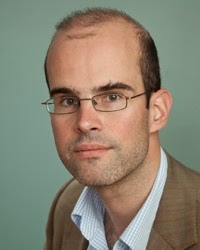 5. ...as well as assessing the impact of the displacement of ancient religious groups in the region with Gerard Russell, former British and United Nations diplomat.

This was a very interesting interview.

Mr Russell spoke from Irbil and yesterday went to see the Yazidis with Rory Stewart MP, finding it "a deeply distressing experience". The Yazidis had endured a 25-mile early morning march from their village where the remaining women had been raped and taken away and the men murdered. He compared the plight of the Yazidis to to the Jews in World War Two, saying that it wasn't just Islamic State who were massacring them but that their own neighbours who took part in the atrocities too.

The Yazidi religion has deep roots in Iraq, having Babylonian, pre-Christian, pre-Islamic origins. Many other small religions exist, unknown to the Western world. The Yazidis have been massacred many times before - on 72 previous occasions, Mr Russell said, and in 2007 they were the victims of the second-worst terrorist attack attack ever when over a thousand were killed in a single atrocity.

What makes now different, he said, is that it has never before seemed reasonable to believe that these religions may actually cease to exist.

Mr Russell doesn't think IS are open to diplomacy. His Arab friends think the West has been slow to confront them. He believes the answer "must be military confrontation" and says that, as IS are also engaged in a lot of physcological warfare, Western airstrikes are "giving courage and confidence to oppressed groups" in Iraq. 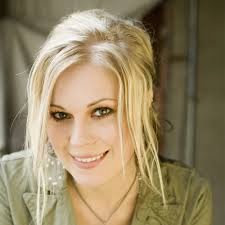 6. The Christian musician and religious commentator Vicky Beeching joins William Crawley to discuss her decision to declare her sexuality. Susie Leafe, director of the Anglican evangelical campaigning network Reform, joins the discussion to debate the church's pastoral responsibility for people who decide to 'come out'.

Vicky, a Christian singer-songwriter know for her 'worship songs' (such as "Glory to God forever") and, recently, as a Thought for the Day presenter, has just come out as a lesbian, aged 35. William Crawley interviewed her sympathetically. Her decision to come out was made after the vote to allow women bishops in the Church of England. After "gender equality", the focus switches to "sexuality", she said.

She described how she grew up in "conservative Christian home" and from the age of 13 to 30 struggled to reconcile the Bible with her liking for girls. She found it difficult. At the age of 16 she was told that she was possessed by a demon and an attempt at exorcism was made on her. She said that scarred her.

As for the reaction to her coming out? "Wonderfully positive on Twitter", she said, but she'd had some negative emails and "quite a lot" of hate mail.

William asked her about her close friendship with Catherine Welby, daughter of Archbishop Justin. She said Catherine had been very supportive. William tried to draw her on the Archbishop's reaction but she said she didn't want to go that to avoid causing him trouble).

Susie Leafe then joined the interview. Susie is a Christian social conservative and regularly finds herself being invited onto BBC programmes to speak for  that point of view. She often gets a hard time from BBC interviewers, and this time was no exception. William Crawley sounded unsympathetic, pressed her on several points and interrupted her repeatedly. [Such is the seemingly inevitable fate of Christian social conservatives on the BBC, it seems, even from so experienced an interviewer as William Crawley]. Susie said that "God' love is extraordinary" but that He doesn't think that "everything we do is right".

She did say, when Vicky protested that having a 'straight' woman (like Susie) discussing lesbian feelings wasn't a good thing, that she'd asked Sunday to invite someone other than her to debate the matter with Vicky as she herself felt she wasn't the right woman to do so. Yet, evidently, Sunday chose to do no such thing and here she was being given the full BBC treatment. I'm guessing that the BBC's list of go-to Christian social conservatives is a very short one and that they couldn't think of anyone else (which would be revealing in and of itself).
Posted by Craig at 11:35