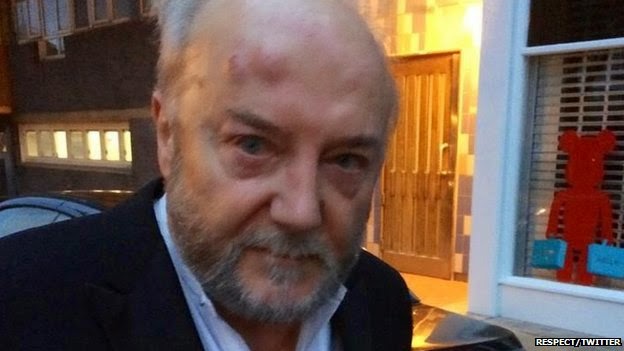 George Galloway provides conclusive proof of his own guilt.
Update.

It looks as though the ‘racist’ element of the above crime (racially aggravated assault) normally concerns the ‘victim’. If A hits B because B is black/foreign/ Jewish/ Muslim etc etc. then the assault is considered to be racially aggravated.

George Galloway is none of the above. Unless being a annoying, provocative, racist antisemite is a race. I suppose it could be a religion.

George was acting in a racially aggravated, provocative manner. He was in fact inciting violence. The proof is in the violence i.e. in the (suspected) broken jaw that was incited. Doesn't look very broken though, does it?


If I were him (the assailant) I’d counter-sue for incitement.
Posted by sue at 09:24